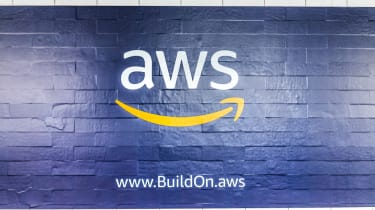 Amazon Web Services made up for 73% of the Seattle-based company's overall profit in the first quarter of 2018.

In Amazon's latest earnings for its 2018 first-quarter earnings, the company reported sales of $51 billion, up by nearly 43% year over year, and a net income of $1.6 billion.

In the first quarter of 2018 the company collected more than 550m a day in revenue from online retail and TV production.

But its cloud services outpaced Amazon's overall growth with $5.4 billion in net sales, up 49% from the $3.7 billion reported for the same time last year. Those numbers translated into a healthy operating income of $1.4 billion for AWS.

AWS is still a relatively small part of Amazon's overall business, but it is highly profitable for the company, contributing the lion's share to the firm's profits for the quarter. This is likely to the ever-marching increase in companies moving to the cloud and adopting cloud-based services that tap into AWS' vast infrastructure.

AWS remains the market leader in terms of revenue generating more than $20 billion annually. They have expanded their cloud services with infrastructure in France, China and London and they continue to develop AI technologies, most notably with Alexa.

The results sent Amazon shares up to a new record high of 7% ($1,625) in the after-hours of trading, adding billions to the considerable fortune of its founder and CEO, Jeff Bezos. In the report, Bezos cited the seven-year head start AWS over its rivals.

"AWS had the unusual advantage of a seven-year head start before facing like-minded competition, and the team has never slowed down," he said. "As a result, the AWS services are by far the most evolved and most functionality-rich. AWS lets developers do more and be nimbler, and it continues to get even better every day."