NASCAR revs up its video business with AWS 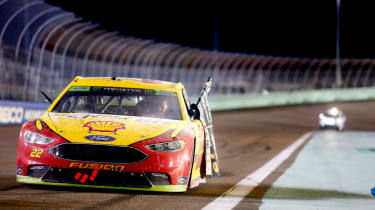 The National Association for Stock Car Auto Racing (NASCAR) has partnered with AWS to utilise the cloud giant's artificial intelligence and machine learning tools to automate the database categorisation of 70 years worth of video.

In the run-up to the airing of its online series 'This Moment in NASCAR History', the sport that packs deafening stadiums has 18-petabytes of video to migrate to an AWS archive where the processing will take place.

"Speed and efficiency are key in racing and business which is why we chose AWS - the cloud with unmatched performance, the most comprehensive set of services, and the fastest pace of innovation - to accelerate our migration to the cloud," said Craig Neeb, executive vice president of innovation and development, NASCAR.

"Leveraging AWS to power our new video series gives our highly engaged fans a historical look at our sport while providing a sneak peek at the initial results of this exciting collaboration," he added.

Using Amazon Rekognition, the platform's AI-driven image and video analysis tool, NASCAR hopes to automate the tagging of video metadata for its huge catalogue of multimedia to save time searching for specific clips.

Metadata is attributed to stored multimedia files which makes it easier for someone to search for it in a database. For example, a type of metadata attributed to a given video would include the race date, competition, the drivers involved, location and other information that would differentiate it from other clips.

Making a series that joins clips of races throughout the years would take a long time to manually search through petabytes of video.

"By using AWS's services, NASCAR expects to save thousands of hours of manual search time each year, and will be able to easily surface flashbacks like Dale Earnhardt Sr.'s 1987 'Pass in the Grass' or Denny Hamlin's 2016 Daytona 500 photo finish, and quickly deliver these to fans via video clips on NASCAR.com and social media channels," read an AWS statement.

NASCAR also plans to use Amazon SageMaker to train deep learning models against its footage spanning decades to enhance the metadata tagging and video analytics capabilities.

The sport will also be using Amazon Transcribe, automatic speech recognition service, to caption and timestamp every word of speech in the archived videos which will facilitate easy searchability further.

What is big data analytics?