Use of flagship wearable technology results in customer being ejected. 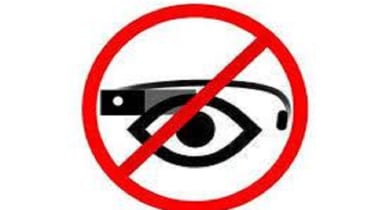 A restaurant in Seattle has thrown out a customer for refusing to remove their Google Glass headset and has now formally banning the device on its premises.

Lost Lake Cafe & Lounge said it asked a customer to leave after they refused to stop using the controversial wearable technology.

In a formal statement issued on its Facebook page, the restaurant said: "We kindly ask our customers to refrain from wearing and operating Google Glasses inside Lost Lake. We also ask that you not videotape anyone using any other sort of technology.

"If you do wear your Google Glasses inside, or film or photograph people without their permission, you will be asked to stop, or leave. And if we ask you to leave, for God's sake, don't start yelling about your rights'. Just shut up and get out before you make things worse."

While come patrons said they will now boycott the cafe, the majority have come out in support of the move.

In March, Lost Lake Cafe & Lounge's sister cafe, The 5 Point Cafe, pre-emptively banned Google Glass. In October it added that Microsoft's rival device, which has not yet entered production, was also banned.

Several other venues also prohibit the use of Google Glass, includingthe MGM Resort and Sapphire Gentlemen's Club, both in Las Vegas, and a number of cinema chains, including Vue and AMC theatres, according to NBC.

Two US jurisdictions, West Virginia and California, have also banned the wearing of Google Glass while driving, with a woman in San Diego receiving the dubious honour of becoming the first person to receive a fine for violating this law.

On this side of the pond, the Information Commissioner's Office (ICO) warned in June that Google's augmented reality device must be built with privacy in mind.