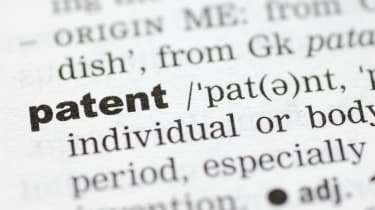 A list of hundreds of Microsoft patents pertaining to Android have been released by a Chinese language site.

Microsoft has always upheld the stance that it owns a number of patents that have been infringed by Android over the years, kept back as an insurance policy. It sued the Android-powered Nook reader in 2011 as an example.

The patents in the released lists include a number of technologies developed at Microsoft and those it acquired by joining the Rockstar Consortium. The lists were produced in compliance with Chinese antitrust review processes, with Microsoft having to jump through hoops following its purchase of Nokia.

Microsoft posted online following that review the Chinese Ministry of Commerce had found "approximately 200 patent families that are necessary to build an Android smartphone."

The Ministry of Commerce, likely without Redmond's consent, published two lists in which it outlined conditions related to the approved merger of Microsoft and Nokia. The English version of the page does not contain the lists.

The first list concerns all of the patents and patent applications that came with Microsoft's acquisitions, numbering around 310. The latter focused on the 100 that the Ministry of Commerce focused on.

According to the Chinese ruling, 73 patents in the lists are said to be used in smartphones in general, while 127 are implemented in Android handsets. Both sections include patents that Microsoft gained through its participation in the Rockstar bidding.

GPS location systems, simultaneous voice and media calling and tracking users within a wireless network are among the patents that the list defines as being used by Android. Microsoft already earns billions from royalties paid by Android device makers.

As a result of the leak, the public has a much clearer idea of the vice-like grip that Redmond has over Android manufacturers.

Microsoft has previously tried to emphasise a stance of transparency in the patent system, but will likely be disappointed at the revelations by Chinese authorities.