Google Glass goes on sale in the UK for developers at £1,000 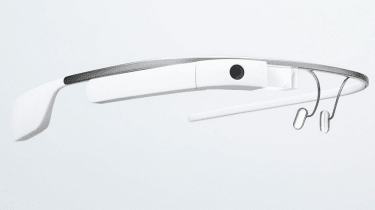 The Google Glass Explorer programme has launched in the UK, meaning beta testers can now get their hands on the Android-powered eyewear for 1,000.

The Explorer Edition version of the device is essentially a prototype device that Google wants people from a wide range of industries to test in order for it to "shape the future" of the wearable technology.

The 1,000 price tag gets buyers a device, along with a Micro USB cable, ear buds and pouch to keep their Google Glass in.

It has also been reported that Google Glass will support external webcams connected with an On-The-Go cable, which can then be used in addition to the headset's existing built-in camera. This makes multiple camera views a possibility, in turn providing more opportunity for developers creating apps for the device.

Other features include the ability to take and share photos using just your brainwaves, wearable healthy records to be used in hospitals and live streaming of people's lives.

This initial release is aimed at developers, rather than consumers, and those purchasing the device must be over 18.

The eyewear comes in a selection of colours, including black, red, white, shale grey and blue, and will be shipped in "one-to-two" business days, Google claims.

The Explorer Edition features Android 4.4 KitKat and is capable of capturing 5MP pictures and 720p videos.

It also reportedly weighs around 43g, boasts Wi-Fi connectivity, and comes equipped with 12GB of usable storage, and a micro USB port.

Users that want to partner Glass with another device will need to have a smartphone or tablet that runs at least Android 4.0.3 Ice Cream Sandwich or an iPhone or iPad with iOS 7 or later.

The search giant is also touting a "one day of typical use" battery life, but warns users that some of its functions, like video recording, will drain the power pack faster than others.

Google Glass was first announced in April 2012, and since then questions have been raised by industry watchers about the privacy implications and safety of using the devices. Indeed, at the end of June, the ICO sounded the alarm over privacy when it comes to wearable technology in general. It advised users to bear in mind data protection laws and the fact they still apply to data collected and stored by such wearable devices.

A restaurant in Seattle banned the head-mounted devices because of concerns diners could uses them to film customers without their permission, while the Department For Transport has pre-emptively ruled that drivers should not wear them while behind the wheel. At the beginning of July, it transpired that UK cinemas had also banned the use of Google Glass amid concerns the devices could be used by movie pirates, and San Diego Comic-Con organisers took a similar stance a few weeks later.

However, it's not been all doom and gloom for Google Glass, as airline Virgin Atlantic has emerged as an early adopter of the technology having successfully trialled the use of it with its staff.

This article was first pubilshed on 24/06/14 and has been updated multiple times (most recently on 28/07/14) to reflect new information that has become available since its original publication.