Google has released its Fit app, a health and fitness tracker that’s set to go up against Apple’s HealthKit 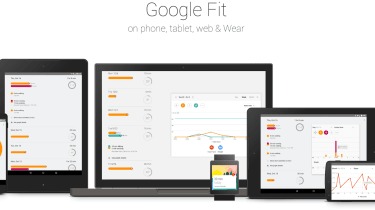 Google Fit has been officially launched, and is already been compared and contrasted to the offerings rival fitness apps such as Apple's HealthKit and Samsung's S Health.

The app is available to download for free for Android users from the Google Play store, reports The Guardian, working with Android phones' built-in sensors, and will be compatible with wearables, devices, third-party apps and a range of other services.

Google Fit has already been glimpsed on Android smartwatches such as the Samsung Gear Live and LG G Watch, but it has now been launched for browsers, smartphones and tablets. Fit for developers was unveiled back in August.

Sabrina Ellis, director for Google Fit, wrote in a blog post: "You can... connect your favourite fitness devices and apps like Strava, Withings, Runtastic, Runkeeper and Noom Coach to Google Fit and we'll surface all of the relevant data in one spot, giving you a clear and complete view of your fitness.

"No need to check one app to see your eight and another to review a run with Google Fit, that data will all be surfaced in one, simple place."

As indicated by the apps named in Ellis' description of Google Fit, the app is aiming to be a comprehensive fitness tracker and dashboard for Android device users, and this puts it directly up against Apple's HealthKit and other health and fitness apps being launched by leading tech companies like Samsung and LG.

Both Google Fit and HealthKit were first announced back in June, though problems immediately began to plague the latter's release and it was subsequently pulled from iOS 8 before it could hit the app store as planned.