Google I/O 2015 live: When is Android M coming out? Plus Android Wear, Android Pay, and Brillo 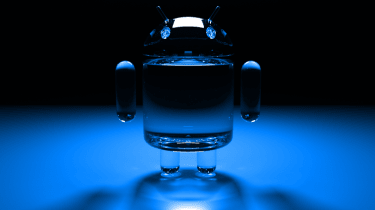 Google has announced Android M, its latest mobile operating system, Android Pay, Android Wear 2 and Brillo, it's operating sysstem for the Internet of Things, at its annual I/O developer conference in San Francisco.

Scroll down for the latest on Android M, Android Pay, Android Wear and Brillo, plus a video from the opening keynote.

Google has made its new mobile operating system - Android M - available to developers today for the Nexus 5, Nexus 6, Nexus 9 and Nexus Player, with a general release available in the third quarter of 2015.

Key improvements coming with Android M, which does not yet have a desert-style name like its predecessors, include inteligent battery management via "doze", the ability to modify app permissions once installed, and inbuilt support for fingerprint readers with an official API that can also be integrated with Android Pay.

For developers, there are also new ways to link between apps and Chrome Custom Tabs, which allows them to embed a Chrome web view into their apps.

Android M will be available to consumers at the end of this year.

Alongside Android M, Google also announced a new version of Android Wear, its OS for smartwatches. While not a complete overhaul, it includes new features such as the ability to have apps remain permanently on in a low-power monochrome mode or, for Google Maps, in full colour while giving directions, so users don't have to constantly move their wrist in order to see where they are supposed to be going.

Another new feature is the ability to sketch out a picture with a finger on the smartwatch's screen - a martini glass in the example given during the keynote - which Android Wear will then process and suggest a similar looking emoji.

Google has decided to go beyond being just an IoT device vendor with Nest and Dropcam and at I/O 2015 introduced Brillo, its operating system for the Internet of things.

Brillo is, according to SVP Sundar Pichai, "derived" from Android but "polished" down to the lower levels (hence the name) to make it suitable for IoT devices.According to Puchai, Brillo is not just any old IoT OS - it is "the underlying operating system for the internet of things".Brillo works together with Weave, a newly-announced, cross-platform common language that will let IoT devices, phones and the internet talk to each other.The developer tools for Brillo will become available in quarter three this year (July-September), with Weave following a few months later.

With both Apple and Samsung forging ahead with their own contactless payment systems, it wasn't going to be long until Google launched its own tap-to-pay system, which it unveiled today as Android Pay.

Android Pay lets users make payments both online and in the flesh using NFC, making it a rival to the likes of PayPal as well as Apple Pay and Samsung Pay. It will also support touch authentication in Android M, thanks to the new mobile OS' in-built support for fingerprint recognition.