A ‘world first’ but coming with Lollipop not Marshmallow 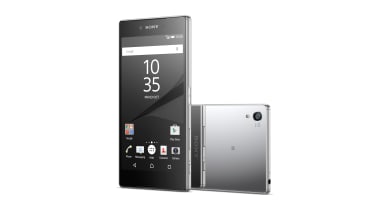 Update 11/09/2015 - Sony appears to have altered the extent to which it regards the Xperia Z5 as waterproof. Although marketing for previous Sony Xperia Z-series Android phones have shown the smartphones being used to take photos underwater, Sony's support page now says 'remember not to use the device underwater' and instead emphasises how it's resistant to rain, spillages and submersion while *not* being used. Although undoubtedly disappointing to budding underwater photographers, the Xperia Z5 should still be far more resistant to water damage than many other smartphones.

Update 3/09/2015 - Sony's online store has confirmed UK pricing for the Xperia Z5 series phones. SIM-free, the Z5 Compact will cost 549, the Z5 will cost 599 and the Z5 Premium will cost 699. Unconfirmed prices leaked from some retailers undercut Sony's pricing by around 70.

Sony has announced its new range of high-end Android smartphones led by the Xperia Z5 Premium, the first Android phone with a 4K screen.

Plenty of Android phones can record 4K video, but the 5.5in Z5 Premium is the first that we know of to have a screen with an Ultra HD resolution. Sony claims the higher resolution won't mean diminished battery life as the screen has a dedicated processor with its own memory so the screen calls on the main processor less often and thus saves power. 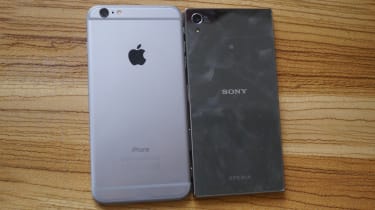 The Z5 Premium is powered by a Qualcomm Snapdragon 810 eight core processor and 3GB of memory. Other phones with this processor have, anecdotally at least, suffered from overheating. Although the pre-production unit we saw at Sony's London offices (just before the IFA conference in Berlin) did become noticeably warm when recording a 4K video clip, it wasn't alarmingly hot. Oddly, the 4K recording stopped after four and a half minutes. We're not sure if this is a deliberate limitation or a bug in the beta software installed on the pre-production phone.

4K isn't the only new feature in the Z5 Premium. Sony also claims the camera has better low-light performance than previous Xperias thanks to its f2 aperture, 1/2.3in sensor, selective area-specific noise reduction and Steady Shot' which appears to be a form of optical image stabilisation. 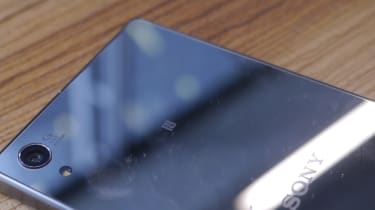 Like almost every other phone maker, Sony claims it has the fastest autofocus around thanks to its combination of contrast and phase detection autofocus a pairing more commonly found in dedicated cameras. We're more sceptical about the new Clear Image Zoom technology which Sony claims is better than standard digital zooms as it uses an algorithm to fill in missing data in adjacent pixels as you zoom in.

The Z5 Premium also comes with a fingerprint reader built into the slender power bottom the right hand side of the phone. Like previous Xperia Z-series phones, the Z5 Premium is waterproof but unlike its predecessors it has a glossy mirrored back. It looks attractive, but it quickly picked up multiple smudged fingerprints. 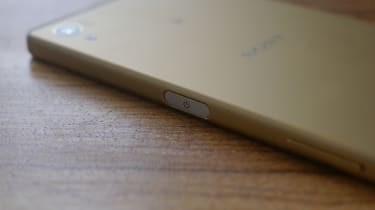 There are other models in the new Z5 range besides the 4K Premium. The 5.2in Z5 has a 1080p resolution, while the Z5 Compact has a smaller 4.6in screen with a 720p resolution. Apart from that, all three phones will share the same features from camera to fingerprint reader. The only other substantial differences, besides screen resolution, is that the Z5 Compact will only have 2GB of memory instead of 3GB and only the Premium will have the mirrored back. The other two Z5s will have matte plastic rear casings instead. 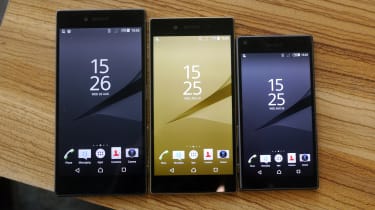 All three Z5-series phones will also be compatible with Qualcomm Quick Charge-compliant chargers and Sony's in-ear noise-cancelling earphones. Sony's spokespeople weren't able to confirm whether these accessories would come as standard though. It would be a shame if they didn't short-changing customers on such tangible benefits that help set the phones apart from the competition seems short-sighted. 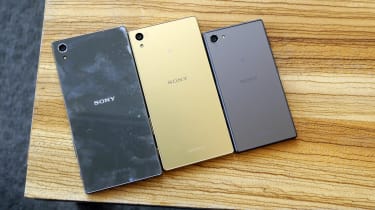 All three Z5s will come with Android Lollipop pre-installed, with no details as yet regarding Marshmallow. On the pre-production units we saw, Sony has toned down its Android interface so it much more closely resembles Google's Material Design.

The Sony Xperia Z5 Premium will arrive in November, while the Z5 and Z5 Compact should both go on sale in October. Pricing has yet to be confirmed, but we'd expect it to cost around the same as the existing Z3 series when they first launched so roughly 350-500 SIM-free.

This article was first published on 2/09/2015 and has since been updated.