20/02/2017:Following promises made last month, Android Nougat 7.0 and its 7.1 update are now available on all versions of the Honor 8 and Honor 8 Premium.

The much-anticipated update brings the EMUI 5 update to the devices, the same interface already available on the Huawei Mate 9, responding to criticism of its default interface from the community.

The update will also add the highly requested 'app drawer' feature on the home screen, which allows users to see a list on installed apps sorted into alphabetical order. 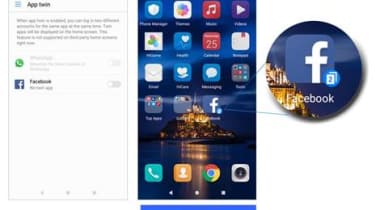 "Apart from updating to Android Nougat, our engineers have adding value through useful features via EMUI 5.0 as well," said Akin Li, managing director of Honor's Western Europe division. These include a wide aperture option when taking videos, and an 'App Twin' mode allowing for multiple WhatsApp or Facebook accounts to run from a single device.

Honor has stated the Android Nougat 7 update will be rolled out in waves in the next few weeks, and users should check if their device is ready through the HiCare app, which should be updated to version 2.0.2 or above.

Users also need to sign up to receive early OS updates, which can be done by selecting 'Europe' and 'OS upgrade early adopters' options in the HiCare app.

Users on the newHonor 6Xdevice will also get the Nougat 7 update, but you will have to wait until later in the year.

06/02/2017:Google is soon to remove its Google Now launcher from its online store, according toAndroidPolice.

The app, long a mainstay of Android handsets, helps users bypass bloatware to search for their favourite apps and has been downloaded at least 50 million times. But the tech giant is reportedly removing the Now launcher from the Play store in the coming months.

In an email to partnering phone makers leaked to the publication, Google's Android Team said it is discontinuing the Now launcher, saying the Search Launcher Services library for OEMs, which is now production ready for Android 7 and 7.1, "is a more scalable solution". 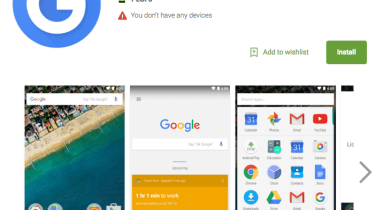 Google is expected to kill Google Now Launcher by 1 March from the Play store, and will stop making it available in its Google Mobile Services package to OEMs from that date too.

The tech giant won't approve new devices using the Now launcher after this date, but has committed to allowing devices to continue shipping phones with the Now launcher if they were approved before 1 March.

However, the letter adds: "These devicesdo nothave to replace the Google Now Launcher with something else after they've updated to [sic] newer version of the Android platform." This likely means Android users will have to put up with some bloatware from now on.

There was no mention of whether Google's Pixel Launcher, which is the Now equivalent for the Pixel range, would be opened up to other Android phones.