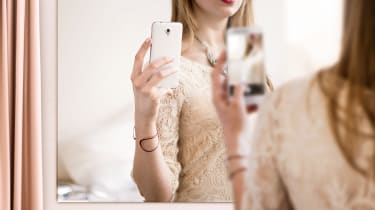 Own-brand smartphones from the major networks have been in the past, to put it politely, very mixed. Even when they're made by major manufacturers such as HTC, TCL or Huawei, own-brand phones have tended to be slow and shoddily made with every corner cut to meet an artificially low price.

With this history in mind, we had a deep and ominous sense of foreboding when plucking the Vodafone Smart Prime 7 out of its box. This 5in Android Marshamallow phone costs just 75 inc VAT (63 ex VAT) on pay as you go. It can also be bought with no upfront cost on a two year Vodafone contract for as little as 16 per month (although this only gets you a miniscule 250MB monthly data allowance).

Compromises have been made to keep the price so low, but they're not necessarily the ones you'd expect.

As expected for such a cheap phone, the Vodafone Smart Prime 7 is made out of plastic. Even so, it's a surprisingly attractive and well-made plastic phone. Despite having a removable back cover for getting to the easily replaceable battery and micro SD slot, the Prime 7 felt surprisingly rigid and robust.

It's good-looking too. The back panel has a comely dimpled honeycomb pattern, while the power and volume buttons are made out of metal and have a ridged texture that feels pleasing under the thumb. It's also unobtrusively slender at 8mm thick. 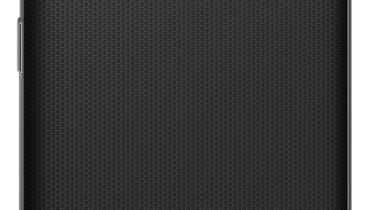 The Prime 7 runs Android Marshmallow 6.0. Although Vodafone has included a gaggle of its own apps, you can safely ignore them if you don't want them. Remarkably, Vodafone has resisted the urge to smear its own interface overlay on top of Android. Aside from a few minor alterations such as a battery percentage display in the status bar, it's effectively stock Android with the Google Now page right where it should be - to the left of the first home screen.

Even more remarkable is that some of Vodafone's apps are actually useful. Vodafone's phone and text messaging apps let you send and receive calls and texts via a web interface on your desktop PC or laptop. This is especially useful if you're a poor touchscreen typist.

Best of all is the screen. Measuring 5in with a 720p resolution, it's very bright with unexpectedly good colour accuracy and contrast plus wide viewing angles too. We're used to seeing far darker, blurrier and smaller screens in phones at this price, so having such a high quality display at such a low price is a real achievement. 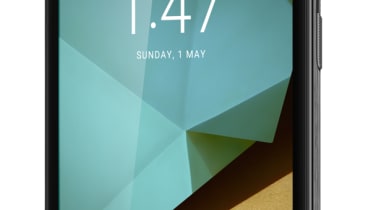 Unfortunately, some things had to go to make way for that superb looking 5in screen. One of the most obvious is storage. Just 4GB of the built-in 8GB is available for use which is not nearly enough - even a handful of apps and one music album was enough to trigger low storage warnings. A micro SD card is a must-have. Due to the way Android Marshmallow treats micro SD cards though, you'll need to make a decision.

You'll have to designate your micro SD card as either portable or adoptable storage. If you choose the latter, then it can be used for storing apps but then you'll effectively have to keep it inserted all the time. If you need to frequently swap large files with other people and don't want to rely on cloud storage, then you'll need to choose portable storage but you won't be able to store apps on a micro SD card in this mode. Given this limitation, it's a shame that not even a little more storage is built into the Prime 7.

The camera was also a stinker, but we weren't expecting much at this price. The eight megapixel rear camera captured well-exposed and detailed shots outdoors in bright sunlight, but even moderately dim conditions indoors led to washed out colours and excessive noise. Aggravatingly, focussing and then actually taking photos are both incredibly slow no matter what the lighting conditions are like. You won't want the Prime 7 as your main camera, but it's not too bad as a fall back option as long as you have the patience of a saint. 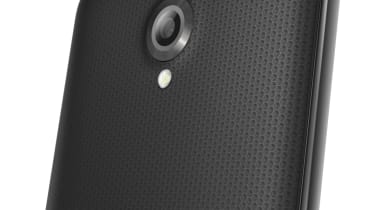 Battery life initially appeared good, with the Prime 7 managing to last just under 13 hours when playing H.264 video on a loop. However, when used for calls, GPS, photography and web browsing in central London, while connected to Vodafone's 4G network of course, it just scraped in a time of 25 hours which is merely okay.

The biggest flaw in the Vodafone Smart Prime 7 has to be performance and responsiveness. The quad core Qualcoom Snapdragon 210 is an elderly processor and it showed in our benchmarks. Even so, it should've been good enough for basic tasks except it's hobbled by having just 1GB of RAM which made any sort of multitasking a frustratingly slow experience.

Even worse was the responsiveness of the touchscreen. The touchscreen was fist-gnawingly sluggish, with a pronounced lag between swiping the screen and having those swipes and prods recognised. It was particularly bad on even modestly complex documents and web pages. The phone even, on occasion, struggled to keep up with our typing. It's an unwelcome throwback to the bad old days of 2010 when even the fastest Android phones couldn't keep up with what were, on paper, less impressively specified iPhones. 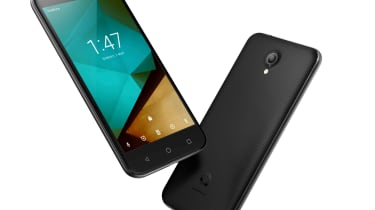 Unless you're on the tightest of budgets, we can't recommend the Vodafone Smart Prime 7 in good conscience. It might be good enough as a fallback phone or for field workers who primarily need a smartphone for voice and text with only occasional internet and app use. Even then, the second gen Moto E, while not perfect itself, is far less frustrating to use and costs just 65 ex VAT SIM-free making it far better value.

It’s not a smart idea to buy this unbalanced, subprime phone