The Xperia Z6 by any other name would smell as sweet 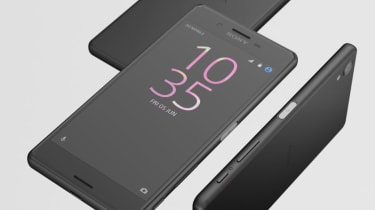 Sony's smartphone efforts are in trouble. It's hard to tell what's smaller - Sony Mobile's profits or its share of the smartphone market. You'd never guess those tumultuous events were taking place from the placid, almost unchanging appearance of Sony's flagship Android phones though. The Xperia X is for all intents and purposes the Xperia Z6, succeeding the Z5 and retaining almost exactly the same outward appearance.

It is also the first of Sony's new Xperia X series to arrive in the UK the others include the lower-end XA and the high-end X Performance. While it may not revolution the smartphone market or Sony's bottom line, the phone's photo capabilities narrowly set it apart from its rivals.

Sony's flagship Xperia phones have only gone through relatively minor aesthetic alterations since the original Xperia Z and that trend continues with the Xperia X. It's the same, plain and boxy casing that we've all came to know and love, or at least tolerate.

The X has a metal back and is available in several colours. As well as the usual white and black, there's the now obligatory pink. The phone is also available in gold, but the shade chosen looks hideous - the pale, almost lime green colour didn't find any fans in the IT Pro offices. 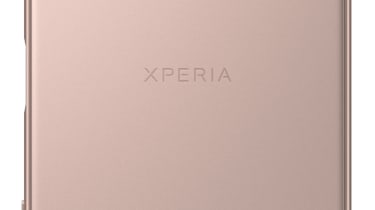 The best parts of the Xperia casing are still present though. The SIM card slot doubles as a micro SD slot so you can cheaply augment the 32GB built-in if need be. Although Sony curiously doesn't advertise the fact any more, the X is still water resistant. It survived a dunking in a kitchen sink and a summer downpour, so it should easily shake off accidental spills and splashes. As with most water resistant phones these days, we'd recommend treating this phone's water resistance as protection against mishaps rather than as a licence for regular submersible use. 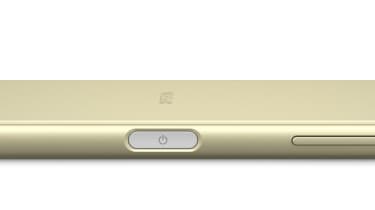 The fingerprint reader built into the power button on the right hand side of the phone works quickly and well. False negatives were slightly higher than with other phones, but not substantially so. Unusually, the NFC chip is built into the area just to the left of the forward-facing camera. Although odd, this arrangement shouldn't pose any ergonomic problems when tapping to pay with Android Pay. 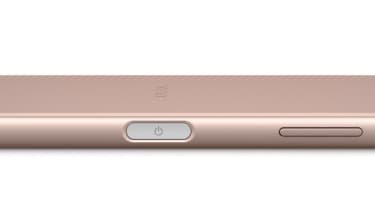 It's a sturdy, well-made and attractive smartphone. It's a little thicker than average to accommodate its bigger than usual battery. It's far from unusably bulky, but it's no easier to use single handed than any other 5in phone, so people with small hands should cast their eyes and wallets towards the iPhone SE or the Xperia Z5 Compact instead.

Although slower in our multicore benchmarks than both the 810 and 820, this 1.8GHz chip paired with 3GB of memory is, in practice, more than fast enough for everyday tasks and almost any app you can throw at it. We had no problems with the responsiveness of the touchscreen either.

Battery life was especially impressive. It lasted just over 11 and a half hours when browsing the web on 802.11n WiFi. When connected to BT Mobile's 4G network in central London and used for calls, web browsing, photography and GPS, it managed just under 44 hours before expiring - an impressive feat. 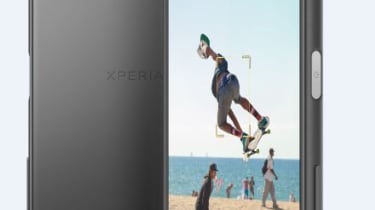 The rear-facing camera was more of a mixed bag. It coped well in broad daylight, capturing detailed and well exposed shots. The autofocus was lightning fast, but, as we've increasingly found with smartphone cameras that seem to prioritise autofocus speed above all else, the results were underwhelming. Soft focus was surprisingly common. We got consistently sharper results by selecting the focus point ourselves. 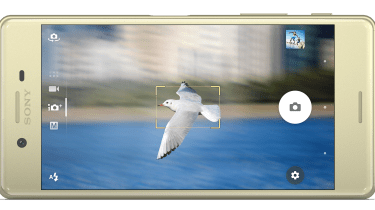 Low light performance was far from bad, but it wasn't as good as that achieved by other top notch cameras. Even when accounting for the autofocus problem already mentioned, shots just weren't as sharp and detailed as those from the Samsung Galaxy S7 and LG G5. Shots were reasonably well exposed, but the amount of noise was noticeable and was almost certainly due to the 23 megapixels crammed onto the sensor.

We had no complaints about the quality of the screen. It's bright with great colour accuracy and contrast. Sony has wisely stuck with a 1080p resolution, rather than repeating the 4K mistake it made with the Z5 Premium. It's more than sharp enough and helps conserve battery power.

What dessert would Android X be named after? And other pressing issues.

Compared to the skins Sony used to lay over on top of Android, the interface on the Xperia X is very close to Google's original unadulterated design for Android Marshamallow. There are a few minor variations. Some are welcome and will be coming to Android N for everyone, such as the option to display the battery percentage in the status bar and the ability to customise the quick settings in the Notifications drawer.

Others are more annoying, such as the fussy and tiresome Themes editor which won't let you have a plain status bar and insists on applying one colour or another. At least Sony's bundled apps are generally useful, such as the customised music and video players. 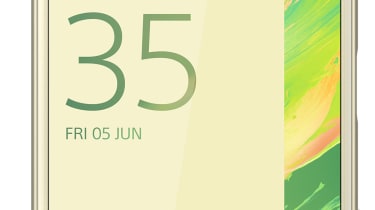 Sony isn't going to take the smartphone market by storm with the Xperia X, but the company has still just about hit the sweet spot with its latest Android phone. The Nexus 5X costs nearly 200 less and is a very good phone its own right thanks to its excellent performance, screen and camera. The Xperia X outdoes it with its longer battery life and water resistance though, just about justifying its higher price. But the closely priced LG G5 and Galaxy S7 are better choices if you want the best possible smartphone camera as well as more attractive aesthetics albeit at the expense of battery life.

If you're upgrading from an Android phone that's several years old and can live with its caveats, then the Sony Xperia X is a good choice. But there's not quite enough here to inspire any jealousy or buyer's remorse if you're Xperia Z3 or Z5 owner or if you've already opted for a recent Nexus or Galaxy.

It’s not quite the excellent phone Sony says it is, but the Xperia X is still a good alternative to the Galaxy S7 and LG G5 as well as a step up from the Nexus 5X.