How does it differ from the normal fourth generation Moto G? 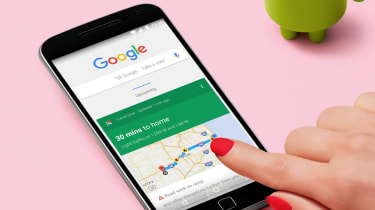 Buying a Moto G used to be very simple - there was just one version and it either suited your needs and budget or it didn't. However, Motorola has slowly increased the options available with each successive generation and thus the complexity. Some 2nd generation Moto G phones had LTE, some did not. Some Moto G3s had 2GB of RAM, others did not. Now, with new owner Lenovo, the fourth generation Moto G has been joined by a Moto G4 Plus which has sub-variants of its own.

This 5.5in phablet can have up to 4GB of RAM, which should give it a good measure of both multitasking performance and future proofing. But this adds an extra 95 to the cost of a 229 inc VAT phone that's already 60 pricier than the non-Plus G4.

We could only get our hands on the base 2GB G4 Plus. At first glance the G4 and G4 Plus appear to be identical, but there are a few crucial differences.

The most noticeable difference between the G4 and G4 Plus is that the latter has a fingerprint reader. It's an oddly small square in an expanse of otherwise blank plastic, but it nonetheless worked very well. Set up was quick, fingerprint recognition was lightning fast and false negatives were few. 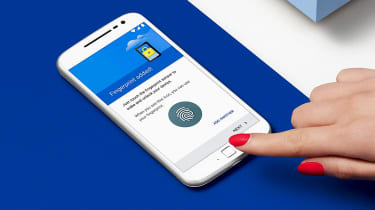 Oddly, the fingerprint scanner doesn't double as the home button, so you'll still need to use the onscreen button bar for this and other essential functions. This makes the slightly awkward blank area of plastic surrounding the fingerprint reader all the more awkwardly conspicuous, but this in itself has its uses. Apart from housing the mic, it also provides some purchase for your fingers when watching video or using it as a camera.

On paper, the G4 Plus has a better camera than its cheaper sibling 16 megapixels instead of 13 and with the benefit of both laser and phase detect auto focus. In practice, the actual difference in image quality was negligible. The 16 megapixel sensor produced images with a touch more detail and a slightly cooler colour cast compared to the 13 megapixel G4. Autofocus wasn't appreciably faster though and low light photography is still middling to poor. 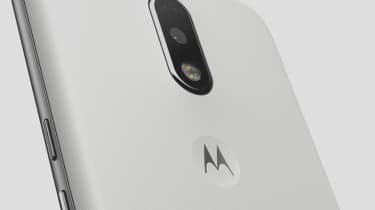 Surprisingly, the G4 Plus's screen was slightly dimmer than the G4's. It's not readily appreciable though your eyes would have to be incredibly light sensitive to notice. It's still dazzlingly bright by any subjective or objective measure.

Given the short length of the What's different' section above, it should come as no surprise that the G4 and G4 Plus have more in common than what they don't. The G4 Plus looks just as unassuming and feels just as well as made, although the white colour is our least favourite hue as it highlights the chassis' unattractive, apologetic plastickiness. The casing isn't waterproof, but it's hardly a fragile flower either - it shrugged off a few drops of rain from a summer shower without a problem. 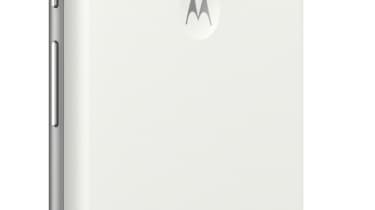 Even if you're not fussed about colours, it's still worth ordering a G4 Plus (or the plain G4 for that matter) from Lenovo/Motorola directly as only their stock are guaranteed to have dual SIM card slots as standard. It's a very useful option to have when travelling abroad for work or pleasure slot in a local SIM to take advantage of much cheaper data costs. Thanks to controls in Android, you can set which SIM is used by default for calls, text and data usage.

Apart from the very slight difference in brightness mentioned above, the G4 Plus has an otherwise identical screen to the G4. As well as being very bright, text looks pin sharp thanks to the 1080p resolution. As expected, the girth of the 5.5in screen means it's ill-suited for single handed use if you have small paws. 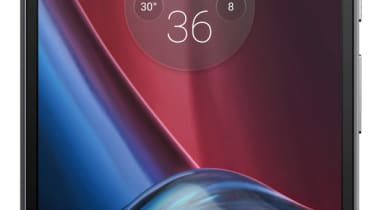 There's also no difference in performance. The 2GB of RAM and Snapdragon 617 eight core processor produced unsurprisingly near-identical results to the same configuration in the plain G4. It's actually not as fast as some dual core and quad core chips in some of our benchmarks, but phones that use those CPUs cost a lot more. Just as importantly, there was no difference in the slick smoothness and high responsiveness of the touchscreen.

Battery life was close to identical as well. The G4 Plus lasted a staggering 47 hours when connected to BT Mobile's 4G network in London and used for web surfing, phone calls, Google Maps and photography. Video playback ran for 13 and a half hours before depletion, while the battery lasted just over 13 and a half hours when used for web browsing on WiFi. In short, you'll be hunting for wall sockets less often with this smartphone.

There's also no need to worry about grappling with an obtuse Android skin, as Lenovo has carried on Motorola's trend of sticking very closely to Google's original design for Android's interface. The vast majority of the alterations are gesture-focussed, such as flipping the phone over to silence an incoming call and flicking the phone to quickly open the camera app. There are only a few custom Moto apps, such as a simple SMS app which is preferable to the fussy mess that is Google Hangouts.

Based on the track record of previous Moto G phones, we'd expect the G4 to get the next major Android update, Android N, relatively quickly after release compared to, say, Samsung phones. 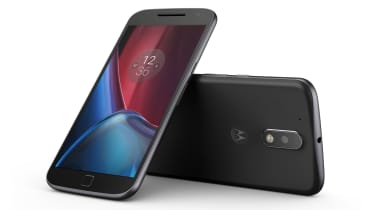 Is it still a must-have?

If you're tempted by the Moto G4 Plus purely because of its allegedly better camera, then you shouldn't bother. It is, for all practical intents and purposes, identical to the camera on the cheaper G4. The only thing that should tempt you to opt for the Plus is its fingerprint reader. We think the convenience is worth the 60 premium so, if you can afford it, then you should definitely choose it over the standard G4.

However, it's likely that price is the overriding concern if you're considering a budget phone like the Moto G series and 60 might be too rich for your blood especially if you're buying hundreds or perhaps even thousands of phones for deployment. There's therefore no shame in opting for the cheaper G4 it's still a great smartphone.

Our only major disappointment is that the 4GB RAM version is so much more expensive, putting it up against phones that are arguably even better such as the Nexus 5X. That's one price hike too far for us.

It’s not as good value as the non-Plus Moto G and even better phones are available for not much more cash, but it’s still a very good smartphone