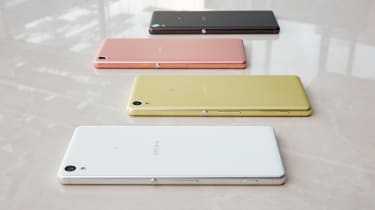 Sony's high-end flagship smartphones such as the latest Xperia X and the slightly older Xperia Z5 Compact and Z5 Premium may have had their flaws, but they were still good smartphones that held their own against the competition or had something noteworthy in of themselves that pushed the market forwards. The mid range Xperia XA doesn't even meet this standard. In the end this Android smartphone falls short. Very short indeed.

Despite costing just 208 ex VAT, the XA's 5in screen is essentially borderless on the right and left hand sides with next to no plastic bezel. Although there's no real advantage to this, it does make the phone look sleek, well-made and futuristic.

Sadly, that effect doesn't quite carry over to the rest of the phone's casing. Although the plastic build feels sturdy, the joins around the plastic rim don't quite match up. The grey variant looks reasonably attractive to our eyes, but the white version of the phone has a fake mother of pearl aesthetic that looks cheap and tacky. With the likes of Honor and Lenovo/Motorola showing that cheap and midrange phones can still look like premium phones, this compromised, ho-hum aesthetic is very disappointing.

Unlike the Z-series, the XA isn't waterproof and doesn't have a fingerprint reader. But at least there's a micro SD slot hidden behind an easy-to-unfasten flap. Although dual SIM models will be available in some countries, that won't be the case for the UK. 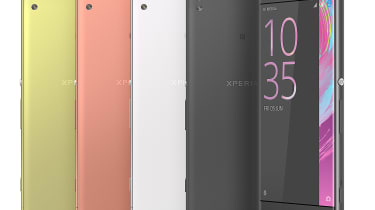 While the screen's contrast is good, it doesn't measure up in other ways. Colour accuracy was merely so-so, while the screen's maximum brightness, while adequate in most lighting conditions, lagged far behind other similarly priced phones. The 720p resolution is easily good enough for sharp, crisp text on the 5in screen.

The XA's fatal flaw isn't its uninspired looks, but Sony's choice of processor - a MediaTek MT6755. Although it's an eight-core processor, it was incredibly unimpressive in our benchmarks where it lagged behind almost all other phones at this price - and behind some cheaper smartphones too.

Surprisingly, its touchscreen responsiveness wasn't too bad. We're used to seeing MediaTek-powered smartphones having frustratingly laggy touchscreens, but the one here didn't feel aggravatingly sluggish. It reacted to our prods and swipes with a surprisingly high degree of responsiveness. 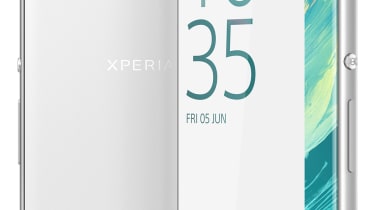 Unfortunately, MediaTek processors aren't renowned for their power efficiency - a reputation that proved to be true here. When connected to BT Mobile's 4G network and used for a plethora of everyday tasks apart from 3D gaming, it only lasted 18 hours - a very disappointing score for a modern 5in Android smartphone. Even our relatively easy video playback test proved to be too much of an ask for the XA - the battery ran out after just seven hours.

Given the lacklustre nature of the Sony Xperia XA thus far, we had low expectations for the 13 megapixel main camera. We were therefore pleasantly surprised by its sharp, clear and well-balanced shots when shooting outdoors in broad daylight. Although indoor and low-light shots were a little too soft with noise and some overaggressive sharpening which smeared away fine details, overall it wasn't too bad for a phone at this price. 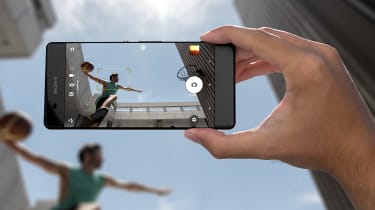 Android 6.0 Marshmallow was pre-installed on our review unit and Sony has taken a light touch to the interface overlay sitting atop of Android. You can easily ignore the pre-installed Sony media player apps if you don't want to use them. There are, thankfully, vanishingly few superfluous widgets and interface geegaws littering the homescreen and other parts of the Android interface.

There were even a couple of things we loved in Sony's altered version of Android that are missing from the stock Marshmallow on Nexus and Moto phones. There's a battery percentage figure in the status bar as well as the ability to customise which quick shortcuts are available in the notifications drawer.

The only thing we missed was Google Now, which was absent from its spot to the left of the first homescreen, but you can easily restore this using another homescreen launcher such as Google's own Google Now Launcher.

The Sony Xperia XA is a surprisingly bad phone with short battery life, disappointing performance and a questionable appearance. It's not completely without merit - it has a respectably responsive touchscreen and a competent camera, but that's not enough to make the XA worth buying. The Moto G4 range is better in almost every way, with the exception of the camera, but Lenovo's phones are cheaper. If you have a little more money to spare, then the OnePlus 3 is far, far better value. Sorry Sony.