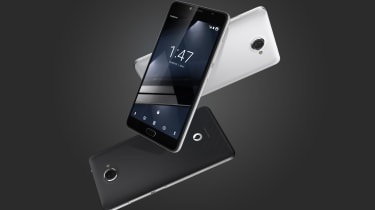 The smartphone industry is nothing if not baffling. HTC and Sony are struggling against a wave of high-quality yet cheap Chinese phones. So their response, inexplicably, is to release low-quality phones that aren't as cheap. Vodafone's missteps aren't quite as egregious. Indeed, it can produce excellent own-brand phones such as the Smart Platinum 7 but the cheaper Smart ultra 7 is not as good. In fact, it's surprisingly bad.

Given how bad Vodafone's even cheaper Smart Prime 7 turned out to be, we had hoped that this phone would at least have some tangible improvements. Our hopes were dashed.

We had a creeping sense of deja vu when living with the Smart ultra 7. It looks similar to the Smart Prime 7 with an attractive honeycomb texture on its plastic rear, a ridged texture on its buttons and a metal rim running around its edges. Even though the metal rim is actually plastic and phone as a whole is actually thicker than its cheaper sibling, it still feels like a well-made handset even if it looks a bit like a cheap Samsung Galaxy S5 impostor.

The home button looks as if it should be a fingerprint reader, but it isn't. The wobbly, poorly-mounted home button is the only cheap-feeling bit of construction in this otherwise good-looking smartphone. 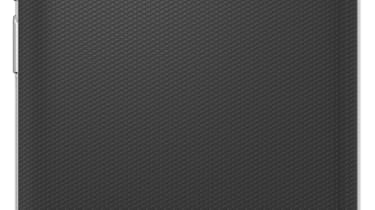 The big 5.5in screen will please phablet fans, even if it does make this phone unwieldy to hold and use single-handed for those of us with small paws. As with the Smart Prime 7's screen though, manufacturer TCL gives with one hand and takes away with the other.

The good news is that the screen has surprisingly good contrast. Although brightness is a bit on the low side and colour accuracy is merely good rather than excellent, both are still just about good enough considering the relatively low price of this phone. Oddly though, the cheaper Smart Prime 7 had a bright screen with somewhat better colour accuracy and contrast.

The bad news is that the phone's touchscreen is frustratingly laggy and sluggish. This was most commonly seen when attempting to unlock the phone - a delay of a second or two was common in what should be an instantaneous gesture. Given that it's one you do dozens of times a day, it quickly grows from a minor inconvenience to a fist-gnawing aggravation. Such annoying touchscreen sluggishness cropped up elsewhere, albeit somewhat more intermittently, but still enough to drive us to distraction as the screen struggled to catch up with our prods and strokes. 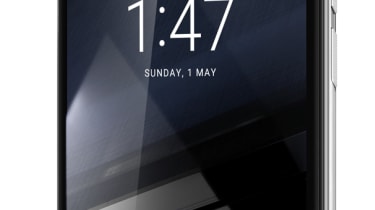 This poor touchscreen responsiveness isn't entirely unexpected as the Smart ultra 7 comes equipped with a MediaTek MT6755 processor. MediaTek-equipped phones have a reputation for shonky touchscreen controllers, but this doesn't necessarily have to be the case. The Sony Xperia XA, which uses the same processor, was far more responsive in our experience.

Although the MT6755 is an eight core processor, which sounds impressive on paper, in practice it fell far behind other similarly priced smartphones in our benchmarks. This not only hinders the performance of today's most demanding apps, it makes the Smart ultra 7 a poor choice if you want even a small measure of future proofing.

This might be acceptable if the trade-off was for better battery life, but the Smart ultra 7 fell behind here too. It just scraped in a time of 22 hours when connected to Vodafone's 4G network and used for a range of everyday tasks (apart from gaming). Battery life when playing video on a loop was, surprisingly, better at just under ten hours which is a respectable score. This is the easiest of our battery life tests though. 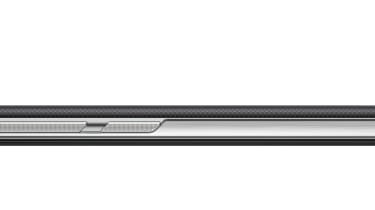 It's hard to tell what's slower - launching the camera app or attempting to actually take photos once the app is finally open. Attempting to capture fleeting moments or impatient children, pets or even just fast-paced presentation slides is simply out of the question.

Image quality outdoors in bright sunlight was decent with well-judged exposure and reasonable amounts of detail. Image quality in even modestly dim lighting was a mess though. Blurriness, grainy image noise and washed out colours were unavoidable.

The front-facing five megapixel camera has the unusual distinction of having its own dedicated flash. It produces photos with unflattering-looking skin tones though. Shots taken without the flash were very blurry and washed out, so it's of little use for selfies or video conferencing unless you're really desperate.

One of the Smart ultra 7's few saving graces is its relatively-clean and fuss free version of Android 6.0 Marshmallow. There are some nagging notifications for Vodafone's pre-installed apps, but at least a few of these bundled apps are useful. Once the appropriate apps on the phone are set up, you can handle calls and texts from a web browser on your PC or laptop. It's a shame that the interfaces of Vodafone's text and phone apps are so unintuitive though.

If you've read this far, then our conclusion won't be a surprise. Even if you're absolutely wedded to your Vodafone business contract, don't buy the Smart ultra 7. The second generation Moto E and the Xperia Z3 Compact are also available from Vodafone at similar prices and are far, far better value than this shockingly bad phone.

Unless your Vodafone business contract is literally more important than any other consideration, don’t buy this phone. It’s not worth your aggravation.