How to get split-screen, Night Mode and Data Saver without upgrading to Android N 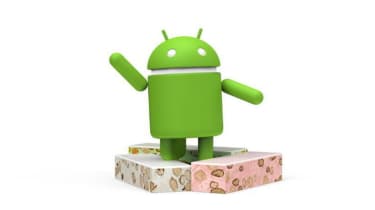 Android Nougat, the latest version of Google's mobile OS, started rolling out in August, but so far the number of devices it's actually available for is limited.

Nevertheless, you can still enjoy some of its best new features today without having to suffer bugs in the developer preview or wait months for the stable release to come to your phone. In this workshop, we bring you a selection of third-party apps that help you save data, improve battery life and block nuisance calls, among other useful new Android Nougat features.

1. One of Android Nougat's most highly anticipated features is split-screen multitasking. If you have a Samsung device, however, you probably already have this feature (even if you didn't know it). Tap the recent apps button. Any app that's compatible with split-screen mode has a two-rectangle icon in its title bar. Tap this to open the app in the top half of your screen.

2. Choose the second app you want to open from the list that appears below. You can give one app more space than the other by long-pressing and dragging the circular button. Tapping this opens a range of options, including minimising and maximising your current window or swapping the windows' positions.

3. Android Nougat includes a Night Mode that automatically adjusts your screen's brightness and hue to reduce the strain on your eyes in the evening hours. Install Midnight (Night Mode) to take advantage of this feature now. If your device has an AMOLED screen, you'll also benefit from improved battery life.

5. Some Android devices already let you block nuisance callers, and this feature will become standard in Android Nougat. If you don't want to wait, install one of the many antivirus apps that already support call blocking, such as Avast's Antivirus & Security, AVG AntiVirus Free and Trend Micro's Dr Safety.

6. Android Marshmallow's battery-saving feature, Doze, is helpful but it only kicks in when your device has been sitting still for half an hour. This third-party app, also called Doze, helps extend your battery life even further by preventing apps from sending and receiving data when your screen is turned off.