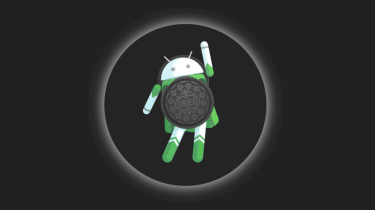 Moving on to 'vitals', the updates that govern Android's internal systems, Android Oreo introduced a number of modifications to performance and battery life, including changes to the runtime that result in app performance and boot times that are up to twice as fast as previous versions.

In addition, new limits have been placed on the way apps operate in the background, making sure that they don't use too much of the device's memory or battery power when not in active use.

Security has also been shored up. The Google Play Store has historically been known to host malware, scams and other bogus applications, but the new Google Play Protect service in Android Oreo is set to put a stop to that, scanning apps that you want to download for malware and other threats, as well as those already on your device. The service also incorporates Android's other security features such as remote locking and wiping of devices.

It's not just the device software that's been updated; Android's developer tools have been tuned up too. The Play Console now has six new dashboards to help devs track common issues, including frozen frames, excessive crash rate, slow rendering, ANR rate, stuck wake locks and excessive wakeups. The dashboards include breakdowns of how many users are affected, as well as tips for resolving the problems.

Google unveiled the third version of Android Studio, the company's IDE for mobile development. Amidst a laundry list of changes and updates, the biggest news is the addition of in-depth profiling tools for real-time visualisation and troubleshooting, new Java 8 Language support and support for the Kotlin programming language, which is fully interoperable with existing Android code, and can be deployed immediately.

Fonts are now fully supported in Android Oreo. Apps are able to use fonts in XML layouts and define font families in XML too - defining the font style, weight and font files.

Developers can now create adaptive icons which the system displays in different shapes, based on a mask selected by the device. The system can also animate interactions with the icons, and uses them in the launcher, settings, sharing dialogs, and in the overview screen.

Developers of imaging apps can now take advantage of devices that have a wide-gamut colour capable display.

Android Oreo supports high-quality Bluetooth audio codecs such as LDAC codec. There will be new Wi-Fi features such as Wi-Fi Aware, previously known as Neighbour Awareness Networking (NAN), which allows devices to connect directly to each other via Wi-Fi Aware without any other type of connectivity between them, such as Wi-Fi Access Point or Cellular.

Google has seen a resurgence of keyboard navigation within the apps so are building a more reliable and predictable model for "arrow" and "tab" navigation for developers and users.

AAudio is a new native API for apps that require high-performance, low-latency audio. Developer preview has an early version of this as Google are looking for feedback.

In Android there will be a multi-process mode and an API to let apps handle errors and crashes, to enhance security and improve app stability. Apps can also opt in to verify URLs through Google Safe Browsing. 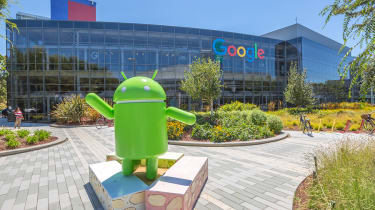 Android Oreo in the enterprise

Some businesses have avoided Android in the past, citing security and mobile device management (MDM) concerns, but it's a popular OS for companies who have previously relied on BlackBerry devices or Windows Phone.

Android is consistently targeted by cybercriminals and malware due to the fact that users can download apps from other stores other than Google Play, though you must purposefully disable some settings to download potentially unsecure apps.

No certified store is safe however, as companies regularly have to review the apps submitted to make sure they are still secure. Google has taken steps to try and improve its security profile, though, with Google Play Protect (see "features" for more details)

MDM is a greater concern, particularly if a business has more than one type of Android device running at a time, as updates to handsets arrive at different times, which makes it more complicated to put policies in place across the board.

For businesses that have a bring-your-own-device (BYOD) policy, there's an increased likelihood (verging on certainty) that Android Oreo-powered devices will be connecting to their corporate network or accessing their cloud services.