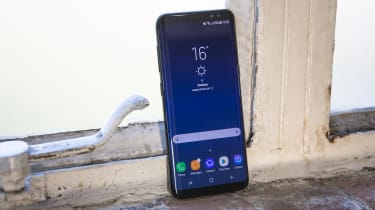 Samsung Galaxy S8 users have complained that text messages are not getting through to them.

The problem is affecting users with all four major US mobile operators as well as users in the UK, France, Canada, and Australia. Random messages appear to get lost in the ether, rather than landing in a user's inbox.

In tests, the newspaper confirmed the problem exists in two mobile networks and that it can be rectified once a SIM is inserted into another brand of smartphone, implying the issue is with the Samsung device rather than with the mobile operator.

One user on Reddit said that they thought the issue was with their mother's old feature phone. "Turns out it actually was my newfangled smartphone," said user ep260.

"I'm on the unlocked S8+ and recently have not been receiving all of my text messages," said user Platypus_God. "I receive some and have some that do not come through even though they show as sent from the senders. For instance, I will receive some texts my wife sent me, but not others. Any idea what's up? Full disclosure, I did spill a glass of water on my phone recently and was able to dry it off quickly. But from my understanding, the phone should be able to handle a quick spill. Also, I am on AT&T."

Some users report that push notifications alert them to messages that are then not displayed on the phone's inbox.

It is not known if there are any steps that can be taken by users to fix the issue and there is no word from Samsung that an update is in the works.