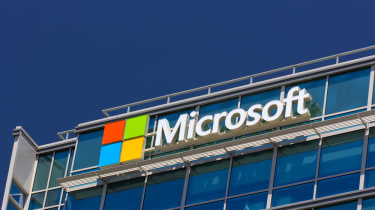 Kaspersky has accused Microsoft of promoting its own antivirus products over those belonging to rivals.

Russia's Federal Antimonopoly Service (FAS) is currently investigating the claim, with Kaspersky complaining that Microsoft is "using its dominating position in the market of operating systems to create competitive advantages for its own product."

The product in question is Microsoft's Windows Defender antivirus, which competes with some products offered by Kaspersky Labs.

In a blog post, Kaspersky CEO Eugene Kaspersky said he'd "had enough", accusing the Windows 10 operating system of uninstalling incompatible antivirus apps and replacing them with Microsoft ones.

He wrote: "When you upgrade to Windows 10, Microsoft automatically and without any warning deactivates all 'incompatible' security software and in its place installs... you guessed it - its own Defender antivirus. But what did it expect when independent developers were given all of one week before the release of the new version of the OS to make their software compatible?

"Even if software did manage to be compatible according to the initial check before the upgrade, weird things tended to happen and Defender would still take over."

Kaspersky also said that when users have compatible protection already installed, Defender shoots an "alarming window", stating that it is switched off as the user has another antivirus installed.

"There's a big juicy Defender 'Turn on' button too. Of course, many users will be inclined to press this button: 'well, it's from Microsoft - the people who make the OS; must be good; no harm in turning it on for sure'," reads the blog post.

However, clicking on this button would also deactivate a user's existing antivirus, without any direct notification.

In addition to this, Kaspersky claims Microsoft limited the possibility for independent security developers to warn users about a product's expiring licence by burying such notifications.

According to the CEO, Windows 10 would only be allowed to have one or two antiviruses installed (two only in the case in which one of these is Defender).

Kaspersky said: "The trend is clear: Microsoft is gradually squeezing independent developers out of the Windows ecosystem if it has its own application for this or that purpose."

In September, Russia had also announced it would start replacing some Microsoft products with local software.

Russia's deputy head of the FAS, Anatoly Golomolzin, said in a statement: "Since Microsoft itself develops antivirus software - Windows Defender that switches on automatically if third-party software fails to adapt to Windows 10 in due time, such actions lead to unreasonable advantages for Microsoft on the software market. Our task is to ensure equal conditions for all participants on this market."

A Microsoft spokesperson commented: "Microsoft Russia and Kaspersky Lab have a long history of cooperation in different areas. Microsoft is committed to work in full compliance with Russian law. The company hasn't received an official notification from FAS. As soon as we get it, we will review it carefully."

This article was originally published at 11.55am on 14 November. It was subsequently updated with Microsoft's comment at 2pm the same day.