Want to stay secure? Here's the best business-class protection around 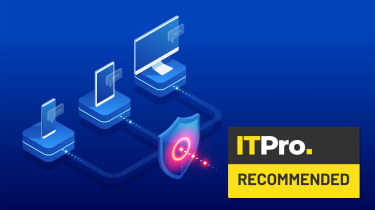 Gold, diamond, plutonium - these are among the world's most valued commodities but nothing is more valuable in today's economy than data. The good news is that every person reading this has data that's valuable. The bad news is that cyber criminals are among the most cunning of all law-breakers and the methods they're devising to breach your computer and steal that valuable data are becoming more sophisticated by the week.

That's why you need a good antivirus system running on your PC, to protect what matters most - your data. That doesn't necessarily mean a hacker wants to steal your files, though; they could simply deploy ransomware to stop you from accessing important business documents or sensitive IP.

Gone are the days where having a decent antivirus system running in the background significantly affected your PC's performance. Modern iterations of age-old favourites are much more optimised than they were previously which means they can protect you without you noticing. Accuracy of detections is improving and false positives are also plummetting, so getting an antivirus system running right now has never been a more attractive prospect.

There really aren't many reasons not to invest in an antivirus product, all of our top picks come in at under 25 a year with some that are even free - small price to pay for the protection of your digital belongings. Whether you're a sole trader, small business or an individual, this is the best protection you can possibly get. 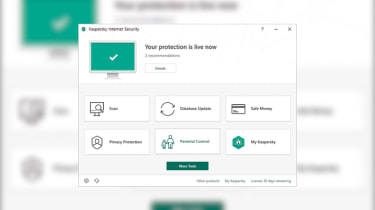 Kaspersky is one of the old dogs of the antivirus game; in the ten years we've been reviewing AV software, Kaspersky has never left the conversation and it's frequently in the running for a recommendation.

This year is no different, as the 2019 version of the software is nigh-on faultless. In our tests, Kaspersky detected every single threat and all types of malware with a frankly phenomenal 0.01% false positive rate. It's 93% score for system performance makes it one of the least demanding offerings in this list and its enviable features list won't disappoint. 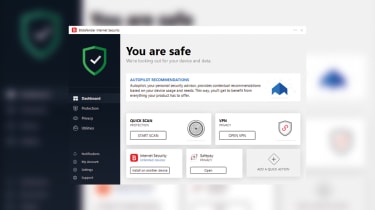 Not much has changed from the 2018 version of Bitdefender's AV software, but that's okay because last year's version was just as outstanding. The main feature returning users will notice is the improvements to the user interface, which has become a lot brighter, more colourful and more intuitive.

Elsewhere, the bits that matter are still as effective as ever. Like Kaspersky, it too scored a perfect 100% on all threat detection tests including zero days and boasts an incredible false positive rate equivalent to 1 false alert in 40,000. It's worth noting that on a standard PC it can cause a slowdown of up to 25% while web browsing, so that's something to consider if you're running it on average components. 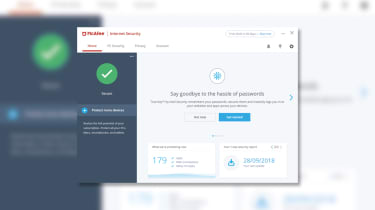 McAfee has been another one of the old dogs in the antivirus game but claiming independence from Intel's ownership in 2017 seems to have had a profound effect on the quality of its software.

In a short space of time, the software has gone from the bottom of the malware detection table to the top, scoring perfectly on all threats, old and new, with a false positive rate of 0.4%. It won't slow down your browsing either as it scored the best on test in this regard and a sweet 92% for overall performance efficiency.

Drawbacks come in the form of a slow and unintuitive front-end user interface but at 8 per year (exc VAT), it's a solid performer for the price. 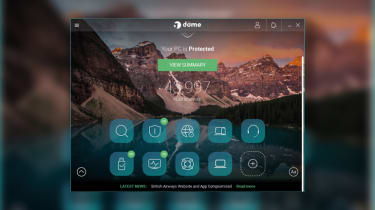 Panda has long been one of the favourites in the free AV market and this year's version still has a great range of security features and returns with a much-improved user interface compared to past, clunkier offerings.

How effective is it? In some ways, that's really up to you. While its 100% threat detection rate is certainly something to shout about, the 1.6% false positive rate scores as one of the worst we've seen, only beating Windows Defender. This won't be too much of an issue for technically-aware users but knowing when to leave a file quarantined and when to mark it as safe could be difficult to determine for relative newbies. 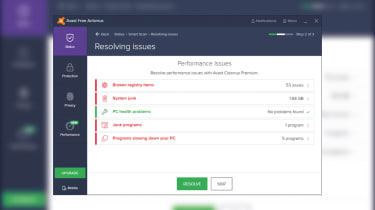 Avast has always been a reliable bet when pursuing a free antivirus application. Its threat detection has always been up to scratch, as it is with this year's version. It also boasts a near-unrivalled false positive rate, beaten only by the paid Bitdefender, ESET and Kaspersky software. For these reasons, Avast is well worth a look for the cash-strapped and security-conscious user.

It's perhaps not one for the easily riled, though. While it does sport some extensive features to back-up its performance and an intuitive UI, the frequent popups encouraging you to buy the upgraded version are far too pervasive. The orange lock symbols over the feature icons also account for an estimated 50% of all features and annoyingly, a scan doesn't just check for malware, but also small and often insignificant 'performance issues'.