Kaspersky hits back at Twitter ban with open letter 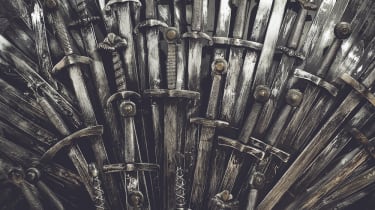 Kaspersky Lab founder Eugene Kaspersky has responded to Twitter's advertising ban on his company with an open letter invoking Game of Thrones that accuses the social network of "playing into the hands of cybercriminals".

Twitter alerted the company in January to the fact that it would "off-board advertising from all accounts owned by Kaspersky Lab", with the stated reason for the ban being that Kaspersky Lab's business model "inherently conflicts with acceptable Twitter Ads business practices" - a possible reference to accusations that Kaspersky has helped Russian spying efforts, which Kaspersky has robustly denied.

After asking Twitter for its reasoning around the ban back in February, founder and CEO Eugene Kaspersky published an open letter to Twitter chief Jack Dorsey and the rest of Twitter's leadership team last week, asking the company to explain why the ban has been enacted and what other security companies can do to prevent suffering similar bans.

"Understandably, you've been busy dealing with public and political pressure. As a response to all this pressure, social media platforms - Twitter in particular - need to somehow adapt their rules and policies," Kaspersky wrote. "But please, dear Twitter managers, I think it's of the utmost importance that any and all changes you do introduce in response to existing challenges are divulged in full and applied in a transparent manner."

Kaspersky argued that the majority of the company's promoted tweets are informative, educational posts about cyber security awareness, tips and research, and that even the purely marketing tweets it promotes are still in line with the behaviour of the rest of the IT industry, as is its business model.Kaspersky's letter - as well as several of the executive's tweets - implied that Twitter's actions amount to censorship.

In fact, he headed his letter with a quote from Game of Thrones character Tyrion Lannister: "When you tear out a man's tongue, you are not proving him a liar, you're only telling the world that you fear what he might say." Elsewhere he wrote: "Twitter is playing into the hands of cybercriminals when it hinders the delivery of important information on protection from cyberthreats."

Kaspersky is fighting back on multiple fronts against bans and blocks enforced by governments, filing a lawsuit against the Trump administration after mounting US pressure saw it prohibit public sector bodies from using Kaspersky Lab software,while in the UK, the National Cyber Security Centre issued guidance advising all government departments to avoid Russian antivirus firms.

Despite the ongoing furore though, figures from market research firm B2B International showed that the majority of businesses have not been put off using Kaspersky Lab's products, and the company last year maintained an average Net Promoter Score (which measures how likely customers are to recommend your company) of 49, in line with the upper echelons of the software market. More customers are also using Kaspersky as their main security provider compared to 2016.

Kaspersky said that the company will be donating all the money it had planned to spend on Twitter advertising over the course of 2018 (which amounted to more than 75,700 in 2017) to the Electronic Frontier Foundation, noting pointedly that the organisation does "a lot to fight censorship online".

IT Pro has contacted Twitter to try and find out the reasons behind Kaspersky's ban, but did not receive a response in time for publication.