Ruling likely to have profound implications for future of software development 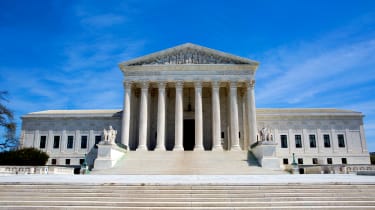 The US Supreme Court has agreed to hear a copyright lawsuit that has spanned nearly a decade between tech giants Google and Oracle.

The case was originally brought to Google following Oracle's 2010 acquisition of Sun Microsystems, the company responsible for developing the Java language. Oracle alleged that Google stole code from the Java language to build its Android platform, a claim Google has repeatedly denied.

What followed was a series of court hearings and resulting appeals, and although a number of lower courts sided with Google in the case, Oracle has successfully challenged these rulings in superior courts.

The case's most recent ruling came in March 2018 when the Federal Court sided with Oracle's copyright claim, resulting in Google being hit with a $9 billion (£7 billion) damages bill.

The bill hasn't yet been paid as Google petitioned the US Supreme Court in January 2019, asking it to overturn "a devastating one-two punch at the software industry".

No date has been set by the Supreme Court but a one-hour window has been allotted to hear the companies' arguments. Being the US' highest court, the ruling is likely to be the last word on the lengthy case which could have lasting effects on the software development industry – that is, whether application programming interface (API) packages can be copyrighted.

Permitting these vital components of software interoperation to be copyrighted could potentially stifle the software industry, making it difficult for new apps to work with other apps and software platforms.

The Supreme Court previously refused to hear the case following a 2014 Federal Circuit ruling but agreed this time around following support from the likes of Microsoft and Mozilla. The Electronic Frontier Foundation (EFF) has also sided with Google, calling the case a "mess".

"We welcome the Supreme Court's decision to review the case and we hope that the Court reaffirms the importance of software interoperability in American competitiveness," said Kent Walker, Google's SVP of Global Affairs, speaking to Cloud Pro. "Developers should be able to create applications across platforms and not be locked into one company's software."

Cloud Pro has contacted Oracle for a statement but did not receive a reply by the time of publication.