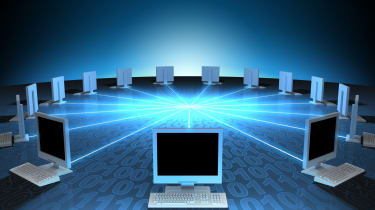 Storage giant EMC has hailed the emergence of an object storage-based platform that will underpin the rollout of a new generation of cloud-based applications.

This "third platform" theme was touched on by several speakers on the first day of EMC World in Las Vegas, the storage vendor's annual worldwide partner and customer event.

The phrase was originally coined by market watcher IDC, who used it to describe the "convergence of disruptive IT trends" such as mobile, cloud services, mobile broadband networks, big data analytics and social technologies.

This will result in the creation of new cloud-hosted applications, accessed primarily through mobile devices that will be used by millions of people, it was claimed at the event.

The opportunity and challenge for businesses is to be relevant in the world of the third platform.

According to figures quoted by EMC, there were around six million of these types of applications in 2012, a figure that is expected to rise to around 48 million by 2016.

David Goulden, chief operating officer and president of EMC, briefly discussed the trend during the opening keynote of EMC World 2013.

He said most of the applications we use today, from the likes of Oracle, SAP and Microsoft, are built on the so-called "second platform", and based on older programming languages.

"How organisations tap into that [third platform] opportunity, [will need to be done] in a way that allows them to leverage their existing technology investments. That is going to be key," he added.

Jeremy Burton, executive vice president of product operations and marketing at EMC, keenly stressed during a separate media presentation that these second generation apps will still be with us for a long time to come.

In fact, according to the same set of figures trotted out by EMC, the number of second platform applications is expected to grow from 83 million in 2012 to 141 million in 2016.

"Most people in IT these days, their businesses have been built on this second platform," he said.

"Now, we don't see the second platform going away any time soon, but over the next couple of years we [will see a] new platform and ecosystem emerging called the third platform.

"The opportunity and challenge [for businesses] is to be relevant in the world of the third platform," he added.

Former VMware CEO Paul Maritz, who was recently installed as the chief executive of EMC-backed Platform-as-a-Service (PaaS) player Pivotal, also flagged the notion of the third platform during the opening keynote.

"Everything we do is in support of applications [because] they're what deliver the experience to customers, enable new business models," said Maritz.

"We're about to see a golden age of new generation of applications that will allow amazing things to be done," he concluded.