UK SMS text message use fell for first time in 2013

Deloitte study cites increasing popularity of instant messaging services as cause of downturn in SMS use. 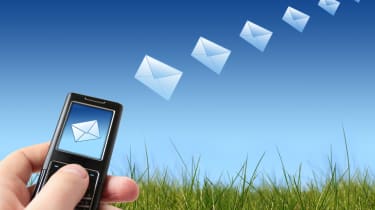 SMS text messages are falling out of favour with UK mobile phone users, as research from Deloitte shows the number sent in 2013 was way down on previous years.

The advisory firm's latest technology predictions report revealed the number of SMS messages sent in the UK fell for the first time last year, as people increasingly turn to instant messaging services like WhatsApp, Viber and Snapchat to stay in touch.

Its research shows 145 billion SMS text messages were sent in 2013, a drop of seven billion on the previous year. Furthermore, the company said it expects this downturn to continue this year and that just 140 billion will be exchanged over the next 12 months.

Meanwhile, the number sent via instant messaging services hit 160 billion, and is predicted to nearly double to 300 billion by the end of 2014.

Paul Lee, head of telecoms research at Deloitte, explained that this was the first decline in texting in the UK since it was invented.

"We have reached a tipping point. But the usage of mobile phone to send messages is stronger than ever. This year, trillions of instant messages will be sent in place of a text message," Lee said.

The trend is reportedly being driven by younger users, who favour instant messaging services because they are usually cheaper to use and easier to send group messages through.

As such, Deloitte claims SMS-based messages will generate more than 60 billion in revenue this year, which is around 50 times the amount produced across all instant messaging services.

"Instant messaging apps like WhatsApp, Facebook Messenger and the now widely available BBM, have eclipsed the SMS by offering the chance to send images, reams of video and even audio over the airwaves for free.

"It's no coincidence that 95 per cent of mobile phone contracts are now offering unlimited texts, while data often comes at a premium you can't even give text messages away.

"We're already witnessing the slow death of the landline, and Deloitte's research shows the text message isn't far behind," he added.