After purchasing tickets on the app, they will be immediately ready for use 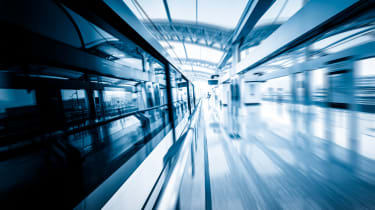 The app, available for both iPhone and Android, will allow a customer to purchase a ticket and instantly use it for travel, rather than having to print it out at a ticket machine.

The tickets will initially only be available for use at London King's Cross, Cambridge and King's Lynn, where the machinery has been installed to read an encrypted barcode on the mobile ticket (mTicket).

I love the idea of this and hope it can deliver a seamless experience. As an infrequent train traveller, a single app that could simplify the whole ticketing process and make it easier for me to buy the right (and cheapest) ticket is something I would definitely use.                                               The only question is what happens when I drop my phone in the station car park and break the screen (yes, i did do that recently)? Will I be able to go and print out the ticket I just bought?             Liam Quinn, IT director, Richmond Events

The machines will soon be rolled out at stations between the main hubs, including Ely, Royston, Hitchin, Stevenage and Letchworth Garden City.

For the first time, will be able to buy their tickets as they stroll to the station rather than having to queue for a ticket

The technology will also be implemented on trains between London and Gatwick Airport.

Customer Service Director Keith Jipps said, "We are delighted to be launching our mTicket range as part of our commitment to make the ticket purchasing process for passengers as easy as possible."

Ben Whitaker, CEO of Masabi said, "This service will mean that passengers, for the first time, will be able to buy their tickets as they stroll to the station rather than having to queue for a ticket. We look forward to extending this passenger liberating service to other First Capital Connect routes in the future."

The app will also allow commuters to view real-time train information including departure times. It will save customers' journey information too, so frequently used routes can be stored and tickets purchased faster.

Following the launch of the Heathrow Exress mobile ticketing platform, the train industry agreed on standards for mTickets, stating all train companies must use the same barcode system to issue mTickets.