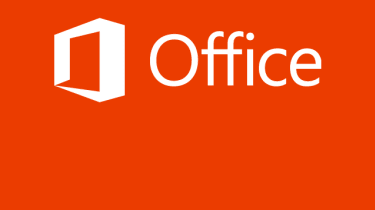 Microsoft has added printing capabilities to its Office for iPad app alongside a few other features suggested by users.

The Office for iPad app launched in March, and Microsoft invited users of the app to come up with new feature ideas and offer feedback as to how it could be improved.

The Office team wrote on its blog: "Millions of people downloaded Word, Excel, and PowerPoint for iPad and thousands sent us feature requests. Today (only 33 days later) we're releasing the first update which includes printing (your number 1 request), SmartGuides in PowerPoint, and several other improvements."

Microsoft has added functionality to print any Word, Powerpoint or Excel file type using Apple's Airprint feature on the iPad. You can opt to print either the whole document or just a selection in Excel, Word and Powerpoint allows you to print out a whole presentation or a single slide.

Millions of people downloaded Word, Excel, and PowerPoint for iPad and thousands sent us feature requests.

Microsoft has also added SmartGuides in Powerpoint, which help users neaten up presentations by allowing them to align pictures, shapes and textboxes when moved around the slide.

An Excel update means you can change the width of rows or height of multiple columns simultaneously using AutoFit, to ensure all the data in the cells can be seen.

Office for iPad allows anyone to read Word documents, view Excel data, present with PowerPoint, but to edit documents, users will need an Office 365 subscription, costing 7.99 a month.

Last week, Apple CEO Tim Cook said Microsoft launched Office too late on the iPad, saying had the company released the productivty suite earlier, they would have had more success.

Cook said in the earnings call: "I believe if it would have been done earlier, it would have been even better for Microsoft frankly. But I do see that Office is still a very key franchise in the enterprise, in particular. And I think having it on iPad is good, and I wholeheartedly welcome Microsoft to the App Store to sell Office. Our customers are clearly responding in a good way that it's available."