The HealthKit launch for iOS 8 was hit with unexpected problems, leading to many app updates being delayed 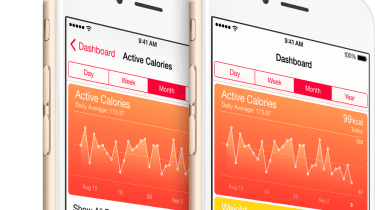 iOS 8 reached iPhone and iPad users on Wednesday, but problems with Apple's HealthKit software led to many apps being taken down at the last minute, reports The Guardian.

Many apps were reportedly planning to release updates that would be compatible with HealthKit, Apple's new health and fitness tracking hub, but these have been pulled due to a bug.

HealthKit has been one of the most anticipated aspects of iOS 8 since it was announced at WWDC in June, but Apple's new health and fitness tracking hub has been hit with problems that reportedly won't be resolved until later in the month.

The tool has been designed as a health and fitness centre for the iPhone with which various third-party apps can share data.

A spokesperson for Apple said to Cult of Mac: "We're working quickly to have the bug fixed in a software update and have HealthKit available by the end of the month"

The apps affected by this problem include MyFitnessPal, WebMD and Carrot Fit.

Brian Mueller, Carrot Fit developer, said: "The rep couldn't clarify what was wrong, though users of the app who had already downloaded the update were able to use the HealthKit features without any issue."

The apps affected have been taken down from the Apple App Store, and previous versions without the HealthKit updates will reportedly replace them until Apple solves the problem.

Specific details of the bug haven't been revealed, but Apple would understandably be keen to ensure security is as tight as possible due to the sensitive nature of the data being stored in the apps after the recent iCloud issues.