Apple Watch apps: The best business and consumer apps for your wrist

The Apple Watch has landed, and it’s bringing with it some nifty reimagined applications 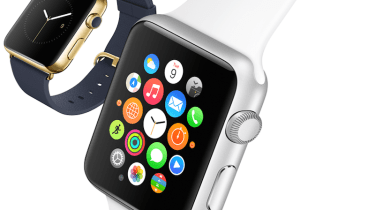 Apple's first foray into the wearables market, the Apple Watch, will boast a variety of  business and consumer apps designed specifically for your wrist.

With pre-orders for the wearable availabled from April 24, plenty of developers and companies are taking advantage of the new platform, and a slew of apps have also been unveiled ahead of the watch's release.

Here are some that have stood out so far.

There's nothing worse than being stranded in the middle of nowhere at some ungodly hour and having to keep your phone out, constantly checking it for the status of your Uber taxi, so having the app on your Apple Watch seems like a great idea, and one of the most obvious choices for the device.

An image-based app like Instagram might not be the first thing you think of when imagining how the Apple Watch could be utilised, but the new app gets around the obvious problems by streamlining its functionality, to allow users to quickly browse their feed, favourite particular photos and leave emoji comments.

Possibly best for those who keep their 'Following' count to a minimum, this simplified version of Twitter's app lets users view individual tweets on the device, retweeting and favouriting as they please.

It can also notify you of a new tweet with a small tap, and tweets can be composed with dictation.

Instead of checking your current auction on the web or your phone every few hours (or minutes), the eBay app for Apple Watch will make keeping on top of purchases and bids so much easier.

Wherever you are, you'll see alerts and notifications about auctions, ensuring you can act fast if someone outbids you at the last moment.

Evernote is in many ways the perfect app for the Apple Watch, with users able to make notes by simply speaking into the device when they need to record a note, random thought or task for a later time. Designed as a companion to the iPhone app, it'll add convenience and productivity.

With this to do list app, users can sync their tasks and errands with the cloud and have instant access to Todoist at all times. When you're busy, digging out your phone or tablet can be more trouble than it's worth, and so its inclusion on Apple's wearable platform is ideal.

One of the most enterprise-specific app packages to be highlighted so far, Salesforce for Apple Watch brings a snapshot of customer analytics, sales opportunities and more available on the app, making it easier to create graphs, get updates and more from the three apps the company has made available so far.

Tracking time is easier with a watch, of course, and so the presence of something like Invoice2go on the Apple Watch is the perfect evolution of that for freelancers paid by the hour.

When starting a job, users can begin tracking time, before sending their invoice and getting a notification when payment is received.