'Robbers' use Pokemon Go to lure players into real-life trap 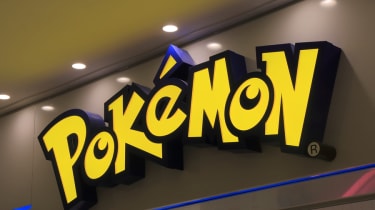 Pokemon Go is being used by armed criminals to lure victims to secluded locations, police have warned.

Four suspects in O'Fallon, Missouri, allegedly robbed 11 teenagers on Sunday night by using the app to draw them to a secluded area of a local shopping centre.

"If you use this app (or other similar type apps) or have children that do we ask you to please use caution when alerting strangers of your future location," a statement posted to the O'Fallon Police Department's Facebook page read.

Pokemon Go is an augmented reality smartphone game, which allows users to find and catch Pokemon based on their physical location in the world. They can also refill in-game items by visiting certain points of interest, called 'PokeStops'.

Players can attach 'lure modules' to these PokeStops, which attract an increased number of Pokemon to the surrounding area. This effect benefits all players, and police believe that the suspects used this feature to attract would-be Pokemon trainers to their target location.

Four suspects, including two 18-year-old men, a 17-year-old boy and a younger suspect, were in a black BMW when they were arrested, police reported. They were also armed with a handgun, which they attempted to throw away upon their discovery, police said.

The three adult suspects have been charged with first degree robbery, which is a Class A felony in the state, and punishable by a maximum sentence of life in prison.

Pokemon Go has also led to other misadventures - in Wyoming, one teenager discovered a corpse while searching for water Pokemon by a local river.