Users can already buy drugs and guns on Facebook Marketplace

New app feature gets off to a shaky start 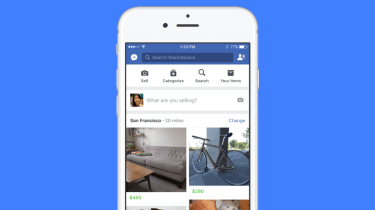 Drugs, guns and animals were being traded on Facebook's new version of Craigslist thanks to a glitch in the software that did not adequately filter and review posts breaching Facebook's terms of service.

The new feature for its Facebook mobile app allows people to buy and sell things online, but other users browsing Marketplace spotted strange and illicit goods fairly quickly, taking screenshots of these and sharing them on social media.

Other objects that were put for sale on Marketplace included tamales, sex-related services, fresh fish and water without plastic bottles.

Facebook apologised for these issues and promised to resolve them as soon as possible.

"We are working to fix the problem and will be closely monitoring our systems to ensure we are properly identifying and removing violations before giving more people access to Marketplace," said Mary Ku, Product Manager for Facebook Marketplace, in a statement emailed to IT Pro.

Facebook Marketplace is similar to services such as Craigslist and eBay, but it allows users to find out more information about the person they are buying from or selling to, and communicate with him or her through Facebook Messenger.

So far the service has launched in the US, UK, Australia and New Zealand, for mobile use only. If it gains popularity, it could be also extended to the web and might be introduced in other countries.

In future, Facebook could also allow businesses to buy Facebook ads for what they're selling on Marketplace, something that is not yet possible.