Wimbledon and IBM create Fred, an AI chatbot for tennis 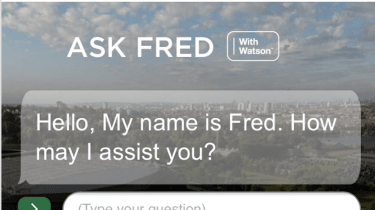 Fred, named after British tennis player Fred Perry, gives ticket holders information about dining options, features a natural language interface and also includes an interactive map of the venue. The bot is available on the official Wimbledon app available on mobile and tablet, and comes after Transport for London made its TravelBot available via Facebook Messenger earlier this month.

Alexandra Willis, head of communications, content and digital at the All England Lawn Tennis Club, said that Fred is "our first foray into putting cognitive into the hands of the fan". Visitors will be able to ask Fred about what they should be doing during their visit to Wimbledon, as well as asking where facilities like water fountains are if it's a rare sunny day at Wimbledon.

Watson will also curate video by analysing the crowd's noise, players' movements, and match data to focus on key moments in the match.

IBM is also helping Wimbledon to be "first to market" with content with its IBM SlamTracker. This is a cross-platform application which provides real-time scores, stats and insights for all matches in progress. IBM will integrate real-time data from multiple sources, such as radar guns, ball positions and player locations. Fans can launch the SlamTracker to find out more about players and what tactics they should look out for, as well as following their progress in real time. 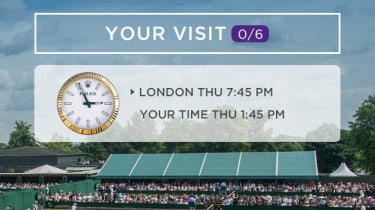 By comparing the forced and unforced error ratio of players against each other, for instance, Wimbledon hopes to highlight particularly interesting matches.

"There are 128 matches going on at any one time on the first two days of the championships but these are the ones you really should pay attention to. You might think it's the one on Centre Court that happens to feature Roger Federer or Rafael Nadal, but actually we're saying to you that this match out on Court 18 between two players you may never have heard is likely to be just as exciting and just as enthralling," said Willis.

Moreover, additional insights will be produced for "pressure situations", for example on a match point, and insights will show the historical performance for a player when in that situation.

IBM's Sam Seddon, Wimbledon client & programme executive, said that the SlamTracker can predict the most likely outcome if a player loses a particular point then it will predict what the likely outcome of a game is. He underlined that these new incentives will be a learning experience: "We are going to learn this year in terms of what are the fans interested in and use that to tailor how we are going to look at the digital platforms and the enhancement for 2018 and beyond."