The Bank of England has given the acquisition a green light 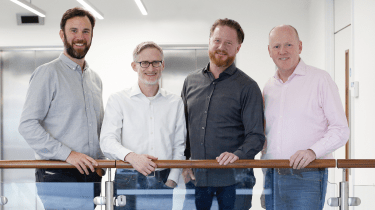 The Bank of England's Prudential Regulatory Authority and the Financial Conduct Authority has given regulatory approval for Tandem to purchase Harrods Bank.

"We are now within sight of our goal of acquiring Harrods Bank," said Ricky Knox, founder and CEO of Tandem. "This acquisition will transform Tandem into one of the UK's leading digital challenger banks with a fast growing range of products, and a genuine commitment to build a good bank."

"This is a major step forward in our plan to acquire Harrods Bank. When the deal is finally done early in the New Year, it will transform Tandem into one of the UK's leading digital challenger banks," added Knox.

The digital bank was set to acquire Harrods Bank, the banking arm of the London luxury department store, last August (see below) but the deal was waiting for regulatory approval.

Tandem is a four-year-old startup bringing a mobile banking app to help customers manage their money. The sale was reported to be a multi-million pound deal although Tandem has not disclosed the official numbers.

Tandem is a four-year-old startup building a mobile banking app to help customers manage their money. The sale of the bank was a multi-million pound deal, according to City AM, although Tandem has not revealed the official numbers.

Once the deal is complete, the business will operate under the Tandem brand - bringing an end to the Harrods Bank brand, which opened in 1893.

The deal will give Tandem access to a variety of financial products as well as a banking license. It lost its license in March after failing to secure funding from a Chinese conglomerate.

Talking to City AM, Tandem co-founder Ricky Knox said the deal will take pressure off the startup to make money in the immediate future, but should help it to reach profitability more quickly.

The acquisition will also make it "the most mature digital challenger bank in the nascent market" as it will have an edge over rivals with its near 200 million loans book and over 300 million of deposits according to the publication.

Tandem hopes this will allow them to grow faster and introduce more people to their service. It will now be able to accelerate its launch plans and will start to offer savings accounts soon.

The company is currently developing and rolling out its app and credit card as planned, but Know said his team now has "a little more spring in our step".

The app currently has 18,885 people on its waiting list who are eager to use its features, which include money management tools that help users understand how much money they can spend, spotting the best times in the month to save money and helping them to borrow better to avoid building up debt.

Research from last year showed that bank customers are twice as likely to check their balance via a mobile app than a desktop website. Earlier this year, an international criminal gang launched a DDoS attack against Lloyds causing an outage of its online banking and smartphone app.