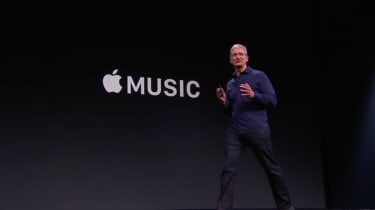 Sources close to Apple confirmed to the Financial Times that the company's music streaming service had achieved this figure, which is a significant one.

Apple's closest rival in the music streaming market, Spotify, took six years to achieve the same number of users.Spotify and Apple continue to be the major leaders in music streaming.

26/10/2015: With Apple Music doing well on iOS, thoughts have turned to the Android version that's expected to land on the rival operating system next month.

New images, allegedly depicting Apple Music for Android, have emerged via German site MobileGeeks (via 9to5Mac) and show off some of the features that could be arriving with the app.

These include Beats 1 and the recommendations page, as well as Apple's social network, Music Connect. As the site notes, however, one surprise feature is the ability for users to change the size of the offline music cache, which isn't available for Apple users. 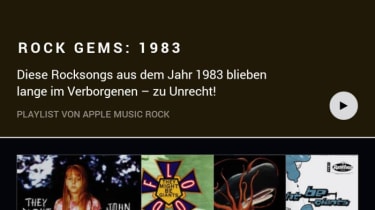 He also said that 8.5 million people are currently participating in a three-month free trial, bringing the service's total users to 15 million.

The company's music streaming service has lost a significant amount of users since its debut, however, with just under half of the 11 million people who signed up to the service's initial free trial in September having chosen not to pay for access after the end of the complimentary period.

Cook was pleased with Apple Music's progress, stating at a California technology conference: "I'm really happy about it, and I think the runway here is really good".

The service builds on Beats Music, the music streaming service Apple acquired last year as part of its purchase of Beats.

Jimmy Iovine, co-founder of Beats, took to the stage at Apple's annual WWDC conferenceto introduce the new service, which he said will reduce the fragmentation of the music market, allowing users to listen to their favourite artists all in one place.

Apple Music will offer human curated playlists, which Iovine claimed will stop the kind of jarring switch between genres users can experience when listening to a playlist curated by algorithms.

Apple Music will also provide a platform for new artists to bring their music to a wide audience, as unsigned musicians can also share their music on the service.

Apple Music also has a feature called Connect, whichallows users to follow artists, be they big names or those just striking out in the business.

"Apple Music gives artists the opportunity to express themselves to fans on the deepest level, building relationships that last a lifetime," said Apple.

Another feature is Beats 1. Music, a 24/7 global radio station overseen by Zane Lowe, who joined Apple from BBC Radio 1 in February. Beats 1. Music will broadcast non-stop from Los Angeles, New York and London to over 100 countries.

Apple Music will cost $9.99 per month, with an option to upgrade to family membership for $14.99 per month (based around the existing iCloud Family Sharing feature of iOS) - as expected, there will be no free teir. It will be available in over 100 countries from 30 June with iOS 8.4 on iPhone, iPad and iPod, and as an update to iTunes on Mac, and will also be coming to Android and Windows at an unspecified point this Autumn. UK pricing has yet to be announced.

For full coverage of the WWDC 2015 opening keynote, visit our WWDC page.