Apple's Irish tax deals to be probed by European Commission 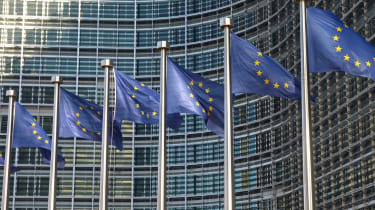 Apple's tax arrangements are to be investigated by European regulators, following allegations the consumer electronics giant has received preferential treatment from the Irish government.

The European Commission has confirmed that a formal investigation into the iPad maker's Irish tax arrangements is being launched, as part of a wider, Europe-wide clampdown on tax evasion.

Ireland has come under fire for a series of tax loopholes that permit large companies to take advantage of lower corporation tax rates.

The standard rate of corporation tax in Ireland is 12.5 per cent, which is considered to be one of the lowest in the world.

However, according to claims made by the US Senate last year, Apple had been granted permission by the Irish government to pay a corporate tax rate of two per cent or less.

This was disputed at the time by the government, who denied claims that "special deals" were being struck with multinationals that would give them access to preferential tax rates.

This was reportedly made possible by Apple's decision to establish its international headquarters in Ireland, but the firm did not declare a tax residency.

The Irish government has taken steps to outlaw this practice by ruling that all companies incorporated in Ireland must register a tax residency in another jurisdiction or face having to cough up for the full corporation tax rate by 2015.

"In the current context of tight public budgets, it is particularly important that large multinationals pay their fair share of taxes," he said.

"Under the EU's state aid rules, national authorities cannot take measures allowing certain companies to pay less tax than they should if the tax rules of the member state were applied in a fair and non-discriminatory way."

Starbucks and car manufacturer Fiat are also among the companies having their tax arrangements probed, with Almunia adding that its investigations could be extended to further countries and companies over time.

"It is well known we contacted Belgium and the UK, in particular the UK in the case of Gibraltar, and maybe we will open a new investigation," he added.