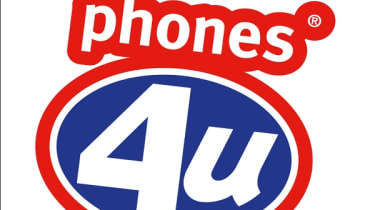 Phones4u administrators PwC are selling off the remainder of the failed firm's stock in a series of online auctions, with cut-price Samsung smartwatches and Beats headphones among the tech goodies up for grabs.

The auctions are being presided over by John Pye & Sons on behalf of PwC with many of the items - which include smartwatches, bluetooth speakers, phone cases and cables - selling for much lower than their recommended retail prices.

At the time of writing, for example, there were numerous pairs of HTC wireless speakers on sale that typically retail for around 160 garnering bids of just 21, along with 10 packs of special protective iPhone cases that are said to be worth 120 receiving top bids of around 10.

That particular auction ends later today, but bidding on another run of Phones4u lots ended yesterday and saw a raft of Sony and Samsung smartwatches being sold off, along with Beats headphones.

The latter typically retails for around 139 but were snapped up by visitors to the site for as little as 50 a piece. The Sony Smartwatch 2 (RRP 139) held its value slightly better, selling for between 85 and 90, while the Samsung versions sold for a similar figure.

IT Pro contacted PwC to find out how much money it hopes to raise from the auctions, but had not received a response at the time of publication.

It was confirmed in September that 362 Phones4u stores would close, resulting in 1,697 of its remaining staff being made redundant.

As reported by IT Pro at the time, EE and Vodafone had both recently agreed to snap up nearly 200 Phones 4u stores, preserving the jobs of just over 1,200 of the mobile phone seller's 5,596 staff.

However, PwC said there had been "limited interest" in the rest of the Phones 4u estate, meaning the remaining stores would close for good, resulting in mass redundancies.

Around the same time, 628 people employed by Phones 4u at its head office in Newcastle Under Lyme were also laid off, while a further 720 staff were kept on in the interim to assist with the aforementioned store closures.

Rob Hunt, joint administrator and PwC partner, said in a statement at the time: "It is with much regret that we have today made the difficult decision to close a large number of stores.

"It is a very sad day for the staff working at those locations and our thoughts are with them.

"We will make every effort to help the affected staff, working with the Phones 4u HR team over the coming days to support employees."

The demise of Phones 4u marked the end of a turbulent month for the firm, which saw it cut adrift by Vodafone and EE, who both announced they would not renew their supplier contracts with it.

This left the firm with no choice but to enter administration, while its staff were told to remain at home until a resolution was found.

The situation took many in the technology industry by surprise, as its private equity owners had discussed the possibility of floating the company on the London Stock Exchange at the start of the year, with estimates suggesting it could be valued at  up to 1 billion.

This story was initially published on 23 September, but was updated numerous times to reflect the ongoing developments in the demise of the company.