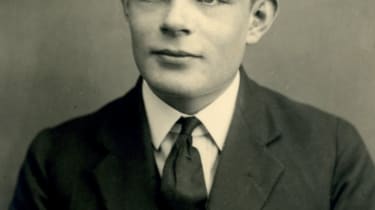 The 42 million Alan Turing Institute for Data Science is to be located at the British Library, the Government has revealed.

The announcement puts the Big Data research hub, whose name honours Bletchley Park code breaker Alan Turing, in the centre of the so-called Knowledge Quarter' in King's Cross a grouping of dozens of scientific and academic organisations.

The institute will be tasked with studying new methods of collecting and analysing Big Data, receiving 8.4 million annually over five years in government grants to do so.

It will be run by a joint venture partnership made up of universities selected through a competition by the Engineering and Physical Sciences Research Council (EPSRC), with the winners from more than 20 applicants to be announced shortly.

"The future of the British Library is increasingly digital and data-driven and our purposes are strongly aligned with those of the Alan Turing Institute.

"This choice of location also allows the institute to benefit from the world-class physical and transport infrastructure of the Knowledge Quarter with its easy connectivity to other parts of the UK and Europe."

Chancellor George Osborne added that, while based in the capital, the institute will forge links with universities around the UK.

"The institute will bring benefits to the whole country through partnerships with universities and businesses across Britain, including in our great northern cities, to better understand and exploit the amazing opportunities presented by Big Data," he said.

Turing was a mathematical genius central to England's codebreaking efforts during World War II, as well as being a pioneer in computer science, but committed suicide two years after being chemically castrated by the government for being homosexual in 1952.

In 2009, then-Prime Minister Gordon Brown issued a formal apology for the government's treatment of Turing.