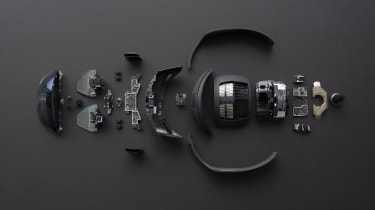 Microsoft has announced that it has started shipping its Hololens 2 mixed reality headset to customers, priced at $3,500 per device.

The latest generation headset, which was made available for preorder in February, addresses many of the design shortcomings found on the first generation and introduces the potential for far more sophisticated software powered by Microsoft Azure and AI.

Microsoft has confirmed to IT Pro that the first wave of devices will be reserved for those that preordered and that production has been ramped up to accommodate for new customers in time for the holiday season.

We recently had the opportunity to get hands-on with the Hololens 2, the full review of which you can read here.

Although it's marginally lighter than the first generation, perhaps one of the Hololens 2's biggest improvements is in its weight distribution, with the device now evenly balanced down the centre of the headband. Much of the compute resource is now placed at the back of the device, which makes it far more comfortable to wear as it no longer forces your neck forward or backwards.

Another major leap forward can be found in its field of vision, which was previously restricted to a few square inches. Microsoft went back to the drawing board to create a first of its kind screen that more than doubles the FoV without increasing the overall size of the device.

The Hololens 2 comes with a handful of software features out of the box. These including Microsoft's mixed reality apps, as well as Remote Assist and Guides from the Dynamics 365 family, although these will require active licences in order to use.

Microsoft is also now positioning the Hololens 2 as an edge device, as it's capable of tapping into the company's Azure network to gain access to two new tools: spatial anchors and remote rendering. The first of these allows for the creation of collaborative experiences by having a shared anchor point, which is what powered the Minecraft demonstration shown off at Ignite this week.

Remote rendering, meanwhile, allows for the bulk of the rendering to be done in the cloud which is then streamed to the device. According to Greg Sullivan, director of Microsoft's Mixed Reality division, this technology means that a 100 million polygon CAD file can be rendered on the Hololens 2, something that would be impossible using just the device alone.

"This new framework, where the intelligent edge device becomes even more powerful when connected to these cloud services, is the model that we see as being the future of computing," explained Sullivan, speaking to IT Pro. "We also think that mixed reality at the edge is a key element of the future of computing as well. That's how human beings will interact with digital information... this will increasingly be in three-dimensional space."

"The underlying principle of play here is to take the digital world that we've constrained to two-dimensional pieces of glass rectangle for the last several decades, and freeing that digital world and bring it into our three-dimensional real world," added Sullivan. "When you do that, a whole bunch of new opportunities open up, especially in a device that is hands-free and heads up.

"A big part of what we're excited about here is that this is expanding the audience's that we can reach and helping us achieve our mission as a company to empower everyone... because you're not empowering everyone if you're only empowering some of the people." 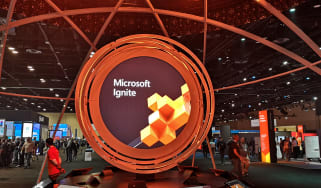