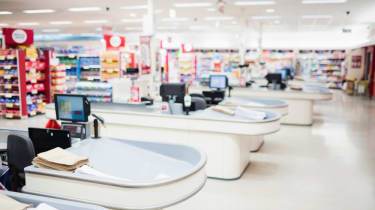 Above-inflation increases to the lowest wages are increasing the risk that workers will be replaced by machines as employers look to cut costs, the Institute for Fiscal Studies (IFS) warned on Thursday.

The National Living Wage, which came into effect in April 2016, promised to raise the statutory wage floor over the following five years to reach 60% of average earnings by the end of the decade, and it is set to rise to 7.83 in April.

If forecasts released by the Office for Budget Responsibility are correct, the figure will be 8.56 by 2020, according to the IFS, meaning that the proportion of workers over the age of 25 within the minimum wage bracket is set to triple by the end of the decade, increasing from 4% in 2015 to 12% in 2020.

However, while those workers currently on the National Living Wage are unlikely to see their jobs replaced by automation, the IFS has warned that those being paid slightly above this level are more likely to be at risk.

Until now, the majority of minimum wage jobs have been in the service sector, such as waiters and care workers, which are typically harder to automate.

However, the report, titled Will the rising minimum wage lead to more low-paid jobs being automated?, warned that new jobs falling inside the rising National Living Wage bracket will be at a higher risk of automation as employers look to cut expenditure, particularly if the cost of investing in machinery falls.

For example, workers who are due to fall within the National Living Wage net by 2020 are more than twice as likely to be in the top 10% of the most routine occupations, such as retail cashiers and receptionists, compared to those who are already being paid the 2015 minimum.

"It is notable that the increases in the minimum wage that have already occurred over the past two years account for much of this - they have resulted in an especially steep rise in the 'automatability' of affected occupations," the IFS's study read.

Agnes Norris Keiller, research economist and one of the authors of the IFS analysis, argued that the National Living Wage needs to be "raised with care and according to a rigorous evidence-based process, rather than subject to a political bidding war based on nice-sounding numbers".

"This follows simply from two facts: first, beyond some point, a higher minimum wage will have adverse consequences for those that it is designed to help; and second, we do not know where that point is," added Norris Keiller.

The think tank highlighted that evidence is still being gathered as to the effect of wage rises, and its potential impact on jobs is not entirely understood. The potential for long-term effects is also highly dependent on whether workers are able to reskill or find alternative employment quickly.

The latest research comes after a Parliamentary committee warned the government in 2016 that it must prepare to reskill workers who lose their jobs to automation, with University of Oxford researchers estimating that 35% of jobs are at risk over the next two decades.

Analyst house Gartner said last year that CIOs must take on the role of integrating AI and human workers to work alongside one another, identifying the right roles to automate.