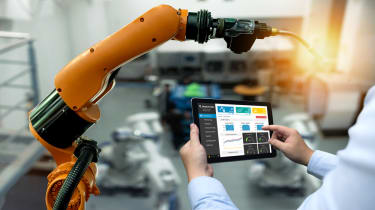 Global spending on robotic process automation (RPA) software is estimated to hit $680 million by the end of the year, according to the latest research from Gartner.

RPA tools mimic the "manual" path a human worker would take to complete a task, using a combination of user interface interaction describer technologies. The amount businesses have spent on RPA has gone up 57% from 2017 and Gartner suggests it's going to increase in pace to total $2.4bn by 2022.

"End-user organizations adopt RPA technology as a quick and easy fix to automate manual tasks," said Cathy Tornbohm, vice president at Gartner. "Some employees will continue to execute mundane tasks that require them to cut, paste and change data manually. But when RPA tools perform those activities, the error-margin shrinks and data quality increases."

The biggest adopters of RPA are banks and telecoms companies and according to Tornbohm, this is because the technology allows for user control across every aspect of automated services, potentially helping avoid any automation mishaps.

"Typically, these organisations struggle to knit together the different elements of their accounting and HR systems, and are turning to RPA solutions to automate an existing manual task or process, or automate the functionality of legacy systems."

According to Gartner's estimates, 60% of organisations that have a revenue of more than $1 billion will deploy RPA tools by the end of 2018 and by the end of 2022, 85% will have deployed some form of it.

"The growth in adoption will be driven by average RPA prices decreasing by approximately 10 per cent to 15 per cent by 2019, but also because organisations expect to achieve better business outcomes with the technology, such as reduced costs, increased accuracy and improved compliance," added Tornbohm.

As the price of automation software falls, it's likely to affect figures for employment. Although there are arguments for and against automation, history does suggest that new technologies displace workers in the short term.

This was highlighted most recently by a documentary called 'The Truth about killer Robots' which, salacious title aside, shed some light on the plight of those working in manual labour as automated technologies accelerate.