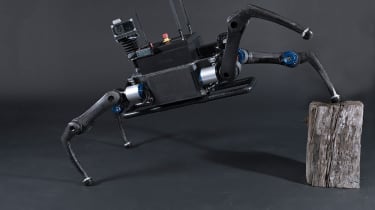 Robotic process automation (RPA) software is the fastest-growing segment of the global enterprise software market and could reach $1.3 billion in revenue in 2019, according to Gartner.

The technology which allows for the configuration of automated scripts, often referred to as 'bots', allows for the automation of certain tasks within an IT process or business as a whole. RPA can, for example, be used to automatically manipulate data and pass information to and from different applications, as well as trigger responses to queries and execute transactions.

And there is a growing appetite for RPA software, with Gartner's figures for 2018 showing that revenue for the software segment grew 63.1%, hitting $846 million, which showcased a healthy appetite for automation software.

Gartner highlighted that while RPA software is used across many industries, banks, insurance firms, telcos, and utility companies, are the largest adopters of the technology. Many companies in these sectors make use of RPA to help integrate older systems with more modern technology.

"The ability to integrate legacy systems is the key driver for RPA projects. By using this technology, organisations can quickly accelerate their digital transformation initiatives, while unlocking the value associated with past technology investments," said Fabrizio Biscotti, research vice president at Gartner.

Rise of the robots

While automation technology had permeated many industries for years, autonomous systems, ranging from RPA software to AIs, are still relatively new.

However, the appetite for autonomous systems is growing; case in point: scientists from Oxford and Edinburgh universities are testing whether autonomous robots could replace the need for humans on remote oil rigs, according to The Telegraph.

Instead of humans, a 30kg four-legged robot that moves like a dog, built by robotics firm Anymal, is being trialled by the researchers for visual inspections of offshore oil rigs.

Oil and gas platforms are dangerous workplaces, located hundreds of mile offshore and often subjected to extreme conditions such as constant exposure to salt water and storms. In these adverse conditions, workers must constantly monitor and inspected the rigs to ensure safe operation.

These canine like-robots are said to be capable of walking over small obstacles and are also waterproof. They could potentially continuously monitor rigs around the clock and could alert maintenance teams when needed, and thus cut labour costs for oil companies as well as reduce the risk for human workers on site.

Maurice Fallon, head of the dynamic robot systems group at Oxford University, said the team is testing the robot at the Fire Service College in Gloucestershire, where a test rig has been built for research on tackling complex oil fires.

"On top of the robot we have a sensor, and that could be used to 3D map the environment and then you can tell it to point the camera at a location and make a mission," he said.

This is yet another example of how robots and autonomous technology are being increasingly tested and adopted by companies across all manner of industries.

And that is also an example of the overarching trend of digital transformation that companies old and new are embracing, moving from legacy systems to services and technology that not only streamline operations but can unlock more value for business through better use of data or identifying new revenue opportunities.