Apple is facing a battery of problems

Apple is paying the price for forcing people into unnecessary upgrades 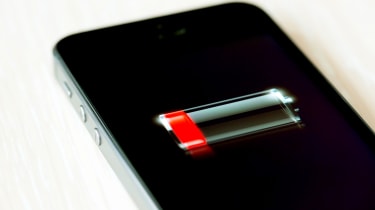 So, the latest iPhone isn't selling as well as Apple predicted, and the excuses are plentiful: a strong dollar, weak demand from China, fewer subsidies from mobile networks and "macroeconomic challenges".

However, there was one line, slipped it at the end of Tim Cook's flowery list of excuses, that really caught my eye. iPhone sales are tumbling because of "some customers taking advantage of significantly reduced pricing for iPhone battery replacements".

That noise you can hear is the chickens coming home to roost.

Do you remember why Apple started offering cheap battery replacements in the first place? That's right: because the company admitted it was throttling the performance of older handsets in order to preserve their fading battery life. Or, as others saw it at the time, deliberately crippling older phones so that people would be more tempted to buy a new one.

I suspect the truth is somewhere between those two extremes: it makes sense for Apple to put the brakes on battery-sapping tasks to improve battery life, but if that forces a few customers to take a trip to their local Apple Store sooner than they might otherwise, so be it.

Yet, the unpleasant truth for Apple is that customers are seeing fewer and fewer reasons to buy new iPhones. Stick a 25 new battery in an iPhone 7 and revitalise its performance, and the idea of paying a grand or more for a new iPhone X suddenly seems as attractive as a timeshare on Tooting Common.

How does Apple get itself out of this fix? It does, of course, have plenty of headroom to cut iPhone prices and still make a handsome handset profit, but that's not Apple's style. The starting price of everything Apple - including Mac Minis, iMacs and iPhones has risen sharply in recent years.

Discounting is a dirty word. If you want reasonable prices, you have to buy the older models and accept second or third best.

Instead, Apple will turn the screw. Those 25 battery replacements? They've already bitten the dust. They were only scheduled to be offered until the end of 2018 in the first place, and now that Cook's admitted they're harming sales of new handsets, there's no chance they're coming back.

If you're nearing the end of your iPhone contract and are dithering over whether to stick with what you've got or pay the upgrade ransom, I'd start giving it some serious thought. Get the battery replacement while it's still halfway reasonable and spend the grand on something else.

Just don't invest it in Apple shares. I hear they're not faring too well at the moment.