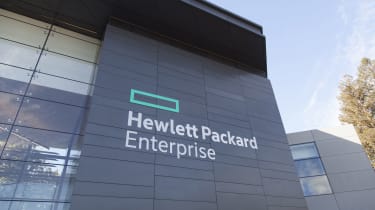 HPE is set to spend $4 billion on edge computing over the next four years, underlining the company's strategic shift away from its traditional datacentre roots.

Speaking at the company's annual conference, HPE Discover, CEO Antonio Neri yesterday revealed that his company would invest heavily to support the collection, processing and analysis of data outside of datacentre or cloud environments. This investment will be focused on research and development in the pursuit of new products and services in areas including automation, AI, edge computing and security.

"The edge is where we interact with our customers. That's what the edge is all about," Neri told attendees. "Actually, the edge is anywhere technology gets put into action. And I believe the edge is the next big opportunity for all of us.

"This next revolution requires what we call an 'edge-to-cloud' architecture. A world with millions of clouds distributed everywhere - that's the future as we see it. And HPE is uniquely positioned to drive this next revolution."

This move is a direct response to the explosion in data that has occured over the last few years, Neri said, explaining that a large portion of data that is generated at the edge is still being lost or wasted because businesses do not have the capacity to process it, and that the forthcoming development of smart cities, driverless cars and other tech innovations will only increase the amount of data being generated.

"The reality is that two years from now, we are going to generate twice the amount of data we have generated in the entirety of human history," Neri said, "and that's an incredible opportunity. Data that actually has the potential value to drive insights and actions across our world. To change our lives and our businesses."

One example Neri cited was Tottenham Hotspur FC, which is using an 'edge-to-cloud solution' delivered by HPE's PointNext and Aruba divisions to deliver high-speed networking for fans, combined with personalised interactive experiences and new merchandising opportunities.

HPE isn't the only company that's putting significant store by edge computing, though; its main rival, Dell Technologies, is also investing in the area through subsidiary VMware. The company launched a suite of new IoT packages for edge compute use cases at this year's Mobile World Congress, powered by Dell's hyper-converged infrastructure.

"We believe the enterprise of the future will be edge-centric, cloud-enabled and data-driven," Neri finished. "Those that can act with the speed and agility on a continuous stream of insights and knowledge will win. That's why our strategy is to accelerate your enterprise from edge to cloud, helping connect all of your edges, all your clouds, everywhere."

HPE launches Ezmeral software portfolio – but is it just SBS in disguise? 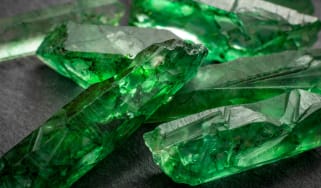 HPE launches Ezmeral software portfolio – but is it just SBS in disguise?