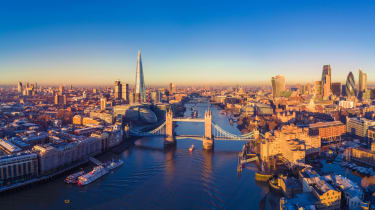 Thames Water has put four major big data contracts up for tender which altogether said to be worth over 10 million.

The contracts have been issued following a scathing report by regulator Ofwat that said the utility, which serves 15 million customers, has poor data practices that are unfit for service.

The contracts are split into four lots, the first of which is worth over 2.5 million and covers "validation of data, preparation and load into SAP as part of the data change lifecycle for TWUL assets and its associated maintenance plans".

It's not clear if Thames Water will accept multiple tenderers, but we do know that all contracts can be awarded to one bidder. Interest must be registered by January 22.

Contracts also cover the reporting of services, including the "production of various operational performance data" and "asset management serviceability" on a daily basis, a contract said to be worth 2.6 million.

All four contracts are to be awarded for an initial period of three years with the option to extend to a maximum of eight years.

The winning supplier(s) would need to provide a "service team that are suitably trained, qualified, skilled and experienced to deliver the services and to maintain a high quality of asset and work master data in SAP" the contract notice says.

Fifteen months ago, Thames Water, alongside Bristol Water, Dee Valley Water and Southern Water, were singled out for their poor data practices, while monopolies in other regions were commended for their data and information handling.

Thames Water along with the three others were told to make improvements ahead of the 2020-2025 period, Ofwat's next price review period.