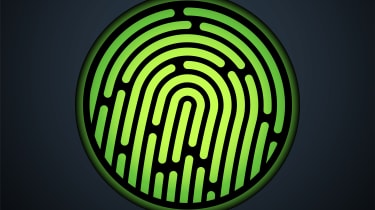 The European Parliament has given the go-ahead for a massive cross-border database to house the biometric data of EU and non-EU citizens for border control and law enforcement.

The plans, which were overwhelmingly approved last week, will see the European Union (EU) establish a Common Identity Repository (CIR) that will house the details of more than 350 million EU citizens and others.

The CIR will only carry data normally found in a traveller's passport, such as name and date of birth, as well as fingerprint and facial information now frequently collected at airports during transit.

"This will facilitate the tasks of border guards, migration officers, police officers and judicial authorities by providing them with more systematic and faster access to various EU security and border-control information systems."

The main elements of the legislation passed include a European search portal that allows for simultaneous searchers as against searching each separate database one-by-one, and a matching service for cross-referencing fingerprints and facial scans.

The CIR will serve as the front-end infrastructure components for a number of separate databases that comprise the new unified system, in turn, supported by the shared Biometric Matching Service (BMS) at the back-end.

This will provide a common search function across all connected databases for fingerprint and facial images to cross-match with data held on central systems.

The new infrastructure also allows for border guards to check whether a person is registered under several identities in different databases.

The revamped system, which will assist with standard border checks, as well as law enforcement, was approved in two stages by the European Parliament. MEPs voted overwhelmingly by 511 against 123 to unify multiple systems, while 510 against 130 approved of streamlining the systems for judicial, law enforcement, asylum matters and migration. Nine did not participate.

With the new rules already agreed upon by the Parliament and European Council negotiators, they will need formal Council approval before member states are given two years to adopt them.