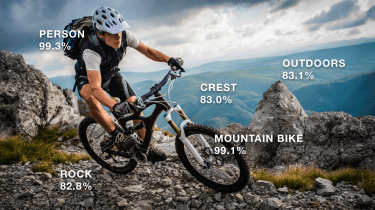 Amazon Web Services has revealed an update to its facial recognition software, Rekognition, that can detect a person's fear.

This update was announced on Monday along with improvements to accuracy and functionality of its facial analysis feature that can identify gender, emotions and age range.

The company claims the software can already accurately read seven 'emotions', but it has now added an eighth - the ability to spot fear.

However, some experts have pointed out that while there is scientific evidence that suggests there are correlations between facial expressions and emotions, the way they're communicated across cultures and situations can vary dramatically.

"With this release, we have further improved the accuracy of gender identification. In addition, we have improved accuracy for emotion detection (for all 7 emotions: 'Happy', 'Sad', 'Angry', 'Surprised', 'Disgusted', 'Calm' and 'Confused') and added a new emotion: 'Fear'"

The ethical use of facial recognition, and its accuracy, particularly when deployed on a crowd, has caused concern throughout the world. From the London Met Police's use that resulted in zero arrests and a 98% failure rate, to San Francisco's outright ban of the technology, it's now more famous for its problems than its benefits.

The UK's Information Commissioner (ICO) has announced an investigation into the privacy aspect of facial recognition, which came to light this week after the owner of a development site in King's Cross confirmed the technology was being used.

Amazon's own Rekognition has also been a source of controversy after it was revealed that US law enforcement used the technology. There was even reports that AWS tried to offer the software to the Immigration and Customs Enforcement organisation, which sparked protests from Amazon staff.