The rise of blockchain as a service 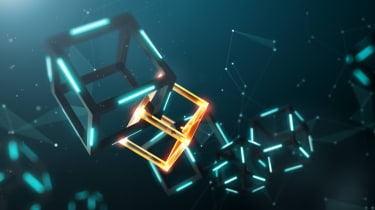 As a technology, blockchain has been busy. From the frenzied speculation around Bitcoin and any token-related initial coin offerings (ICOs) through to private infrastructure projects, it's fair to say that blockchain is the flavour du jour, with almost every major enterprise announcing a pilot project or investment.

Indeed, several established companies have successfully improved their share price by simply including the word 'blockchain' in their trading names - most famously Long Island Iced Tea Corp, which saw a dramatic, albeit fleeting, share price surge of 289% after the company rebranded itself Long Blockchain Corp.

Beyond the hype, however, there are significant developments. 'Blockchain as a Service' (BaaS) is a term beginning to take a foothold, driven by deployments from IBM, Microsoft, Oracle, and SAP. What was simply a proto-acronym just 12 months ago is now a fully fledged disruptive technology, easing adoption for enterprises by handling much of the heavy lifting needed to keep the infrastructure operational.

In addition, the BaaS model allows developers to pilot blockchain solutions, then scale them without significant hardware or architectural headaches. The potential of seamless access to existing cloud staples such as storage, network security and virtual server capacity, is also a key benefit.

At least that's the theory. Deployment of multi-partner software solutions is a complex business, whether based on accepted technology or new blockchain platforms.

Mark Rakhmilevich, senior director of blockchain product management at Oracle, says that this complexity is still a key factor in adoption. "Enterprises are now looking at significant deployments - we've gone beyond the proof of concept stage in many cases. However, enterprise-grade deployments of new systems raise lots of questions, such as integration with multiple data sources, questions about managing SLAs, lifecycle, scalability, auditing and managing policies and permissions are all being worked through.

"Creating a governance model for a sizeable network is not necessarily simple. For example, you've created a smart contract covering multiple parties, which will need ongoing development, verification of new builds or updates, etc - who takes that responsibility?"

However, Rakhmilevich believes companies are moving quickly to address these issues, and that potential benefits of blockchain are pushing companies to quickly get past the development stage. "It might be a couple of years before everything is ironed out, but the market is moving quickly."

The hype stage of blockchain has seen it mooted as the solution to almost every ill, but the range of verticals getting serious is rising fast.

David Barker, founder and technical director at 4D Data Centres, believes there are a lot of applications that companies could transition over to an underlying blockchain audit system, particularly where the need for an immutable trail is essential.

"A lot of initial applications are in the finance space with applications in insurance, for example, providing an immutable record of previous insurance claims, lending and inter-bank payments," explains Barker. "However, the potential applications go far wider than this, covering areas from ID tracking and verification for citizens, property title ownership, supply chain management for pharmaceuticals and electronic health care records."

An example of this is the partnership between IBM and Everledger, which has transformed supply chain management within the diamond trade. The blockchain platform allows traders to make sure that a diamond's certification is legitimate, and that it's not an illegally sourced 'blood diamond' from a conflict zone.

Rakhmilevich agrees that the scope for blockchain is vast: "Financial services are certainly leading the way in terms of adoption. Agreeing on the governance model for blockchain is much easier when parties have previous close relationships - they may not play the same roles as they did before, but there is already trust there. Capital markets have this too, also the insurance industry and supply chain applications."

As public blockchains have demonstrated, there can be unexpected penalties for popularity. Soaring prices for 'gas' needed to perform operations on the Ethereum platform - one ETH has rocketed from around $300 in November 2017 to around $1000 today - make future margins tricky to calculate. Meanwhile, network congestion has long dogged Bitcoin, and more recently Ethereum too, due to the Crypto Kitties craze.

Although private blockchains are not as exposed to these issues, there are lessons to be learned - blockchains will expand as they are used, and transactional volumes do have operational ceilings to be considered - both carrying cost implications in a cloud environment.

What metrics BaaS companies will use to charge customers isn't clear, but they could include overall blockchain size or transactional volume, although Oracle is one company readying to bill based on utilisation - or a per-transaction basis.

"I think it's going to be very affordable for businesses... it fits well into the overall cloud model, you pay for what you use," says Rakhmilevich. "Of course transactional volume will ramp up as enterprises come out of the pilot phase, and that ramp will depend on the vertical and the application in question. But this increase should be predictable and modellable, based on existing business metrics."

Of course, there are some blockchain projects that seek to challenge established cloud providers themselves. Perhaps the best examples to date have been in cloud storage, where adoption rates for solutions such as Storj, a blockchain logging excess network capacity on servers, are growing quickly. Filecoin, a decentralized network for digital storage, managed to raise $52 million in a pre-initial ICO sale and a record $205 million in the actual ICO late last year.

It seems as if the enterprise is being as bullish on blockchain as market investors are on ICOs, only without the risk of the same regulatory backlash that plagues cryptocurrencies. As a result, 2018 is almost certainly going to be yet another busy year for the technology.