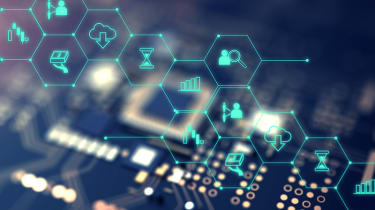 The UK government stands to make 1% efficiency savings worth approximately 8 billion by embracing blockchain technology, a think tank has claimed.

By investing in distributed ledger technologies (DLTs) and clarifying a regulatory framework around emerging technologies such as AI, the UK government can realistically aim to reduce public expenditure, according to a report by the right-wing think tank FREER.

Authored by Eddie Hughes MP, who holds a junior position in the Ministry of Housing, the report, titled 'Unlocking Blockchain: Embracing new technologies to drive efficiency and empower the citizen', has also called for the government to appoint a public-facing 'chief blockchain officer' to coordinate the UK's strategy.

"Blockchain and associated technologies offer an unrivalled opportunity to begin to review and redesign the UK's data systems," said Hughes. "Whitehall and public services could be fundamentally rewired to empower citizens and better serve their needs.

"By introducing a departmental target for blockchain efficiency savings, we can begin to generate a digital dividend to pass on to tax payers or to reinvest."

The report, which is being distributed to all MPs, encourages the government to take inspiration from Estonia labelling the Eastern European nation "a world leader in distributed ledger technology".

Its author highlighted a number of examples that enhance its credentials as a model to follow, including an interoperability platform named X-Road that digitally links 99% of Estonia's government services, with the nation using blockchain in the public and private sector since 2012.

In the UK specifically, the governmental departments that could most gain from the adoption of blockchain-style technologies are those involving a large number of annual transactions - with local councils, HMRC, Defra, DWP, and DfT among the major prospective beneficiaries.

More thematically-speaking, the report claims blockchain could promote freedom, in that it will overcome the plethora of algorithms present in digital spaces, which with their constant harvesting and processing of data build up stereotypical or pigeonholed profiles of people who use the likes of Facebook or Spotify.

Rather, Hughes wrote: "Its true positive revolutionary potential is in empowering the owners and the users of that data, thereby promoting individual autonomy and increasing trust".

He continued: "We must harness the energy of entrepreneurial spirit created by these new world-changing technologies to ensure the future is freer.

"By engaging now, and recognising blockchain's potential, we can ensure it is used by the state to empower individuals, and to afford us real control over our own data."

FREER, an economically-liberal think tank with strong ties to the Conservative Party, is a new initiative from the Institute of Economic Affairs (IEA) aimed at examining how the free market can solve social and economic problems.

"As the cost and complexity of implementing blockchain solutions becomes apparent, many of the early blockchain projects will either be quietly shelved in favour of more traditional approaches or they will evolve in a way which reduces their dependence on blockchain technology," the data and insights firm said.

The report claimed that while the market is "awash with absurd claims about the benefit of blockchain technology" there are key domains where DLT will bring significant value.

"We are entering a new phase in the evolution of blockchain technology; over the next 24 months the more outlandish claims made by proponents of blockchain will be debunked and technology providers and users alike will begin looking with clearer eyes at the narrow but significant set of use-cases where blockchain and distributed ledger technology can add real value," said Gary Barnett, chief analyst, technology thematic research at GlobalData.

IT Pro asked FREER to expand on its findings, including the rationale behind claims the UK government can make 1% efficiency savings, but we have yet to receive a response from the think tank.