Facebook wants to bring cryptocurrencies to the mass market 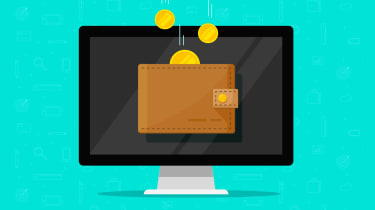 Facebook, Telegram and Signal, three of the biggest companies in instant messaging, have said they are working on their own digital currencies that will enable peer-to-peer payments across their networks.

No official statement has been released by Facebook, however, according to a report by the New York Times on Thursday, sources familiar with the secretive projects say the company will bring its own coin to market over the next year.

Reportedly the project is far enough along its development that talks with cryptocurrency exchanges are already underway, with the prospect of the coins being sold to customers outside of Facebook's immediate network.

Details are scarce, but it's likely the project will build on existing peer-to-peer systems already in place for WhatsApp services in India, where residents are able to transfer currencies earned abroad back to their families at home, which is already set to receive a digital token system, as we reported in December.

The goal will be to allow users to send 'Facebook coins' to other users on the platform, such as a gift for friends or as a payment for services, according to the NYT report. Mark Zuckerberg's company has reportedly assigned 50 engineers to the project, led by former PayPal president David Marcus.

Signal and Telegram are also said to be developing their own cryptocurrencies, all with the goal of tapping into a highly lucrative market. US-based Venmo, a platform owned by PayPal that lets users send money to friends via a mobile app, has achieved massive success in recent years, handling $12 billion worth of transactions in 2018 alone.

Telegram's announcement last year that it would be launching a funding round for its digital token, known as an initial coin offering, resulted in $1.7 billion of investment.

If Facebook is indeed working on such a token, the move would bring cryptocurrencies to a potential collective audience of 2.27 billion active monthly users, significantly dwarfing the audience of backers that first made the likes of Bitcoin a success.

However, the Facebook token would almost certainly be released as a stable coin. Unlike Bitcoin, which is decentralised, stable coins are typically pegged to fiat currency, which keeps its price fixed - in fact, those familiar with the project say Facebook is looking at multiple different currencies to support the coin.

Stable coins are typically immune to the violent price fluctuations associated with the wider market and, as a result, tend to attract fewer investors looking to make a quick profit.

What's unclear is how much control Facebook will have over its network of payments. Reports suggest that all three companies are considering a decentralised blockchain as its underlying infrastructure, but this would mean that the coins would effectively operate somewhat independently of their parent companies.

The alternative is to create something akin to PayPal, which uses a centralised, private blockchain and would give Facebook complete control over every transaction. However, if the NYT report is to be believed and Facebook has already approached cryptocurrency exchanges about potentially selling the token to users, this would rule out a closed network.

Yet, operating the token independent of its parent company would make it more difficult to monetise; something that doesn't strike us as particularly 'Facebook-like'. Even if we put aside financial gain, this concept will be fairly alien to the majority of Facebook's user base, and will almost certainly require heavy-handed oversight to ensure its rollout is handled without incident. To do that, it will need control.

The decision to move into the digital token market makes sense given the general shift towards faster and more convenient ways of handling money, which has given rise to the likes of Monzo and Revolut - companies considered to be alternative forms of traditional banking.

A digital token, transferable across Facebook's network, would make it much easier for users to transfer funds between friends and family, particularly in areas of the world that are otherwise unable to access a bank or use online payment services.

Again, given the secrecy, we can only speculate as to when such a token would be ready for mass audiences but reports suggest we could see something by the end of the year.