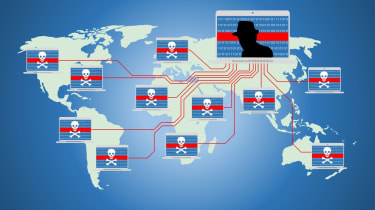 Russian bots are engaged in a campaign to spread health-related myths on Twitter - by promoting the views of vaccine sceptics and posing as users concerned with public health.

Unlike conventional botnets, which are used to spread malware, "content polluters" - likely originating in Russia - use similar methods to promote conspiracy theories and myths around vaccination, according to a study in the American Journal of Public Health (AJPH).

Researchers examined the frequency of anti-vaxx messages posted by humans and suspected bots between 2014 and 2017, and analysed the content posted on Twitter hashtags associated with Russian troll activity.

The study, titled 'Weaponised Health Communication', found that by confronting vaccine sceptics directly, bots were able to legitimise their position in the public discourse - and artificially inflate the anti-vaccine debate.

"Thus, it is unclear to what extent their promotion of vaccine-related content is driven by true anti-vaccine sentiment or is used as a tactic designed to drive up click-through rates by propagating motivational content ("clickbait")."

Vaccines have long been considered safe and risk-free according to the overwhelming medical and scientific consensus. But myths and scare campaigns around vaccine usage at different points in time have led to the needless spread of disease and public health issues.

A recent resurgence of Measles across Europe, for instance, with 41,000 cases recorded in the six first months of 2018 - more than double the whole of last year - has been tied with false claims around vaccinations which have hindered parents from immunising their children.

The study found that Russian trolls and Twitter bots post content about vaccinations, both positive and negative, at significantly higher rates than the average user, indicating the aim was not to promote either side of the debate - but t raise the prominence of the debate itself.

Examples of myths propagated include the idea that vaccines can cause fatal side effects, that a secret government database of vaccine-damaged children exists, and that most diseases vaccines target are relatively harmless - making vaccines a needless risk.

"The highest proportion of anti-vaccine content is generated by accounts with unknown or intermediate bot scores," the researchers continued.

"Although we speculate that this set of accounts contains more sophisticated bots, trolls, and cyborgs, their provenance is ultimately unknown.

"Therefore, beyond attempting to prevent bots from spreading messages over social media, public health practitioners should focus on combating the messages themselves while not feeding the trolls."

Botnets are conventionally deployed to spread malware, and are becoming increasingly sophisticated as cyber security specialists attempt to combat them. Duo Security, for instance, earlier this month revealed the existence of a 15,000-strong botnet structured in a three-tiered hierarchy which promoted a fake cryptocurrency giveaway; evolving over time to remain undetected.