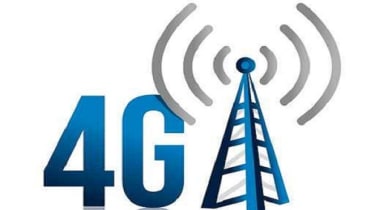 Ofcom has raised 2.34 billion from the 4G mobile spectrum auction, which is much less than predicted.

Among the winning bidders are O2, Vodafone, EE, Three and BT who all secured spectrum in either the 800MHz or 2.6GHz bands.

Vodafone was the top bidder, paying out 790 million to secure spectrum blocks at 800MHz and 2.6GHz. Mobile operator EE  also stumped up 588 million for blocks in both bands.

The relatively poor 3G coverage we have seen in the UK is at least partially a result of operators being left out of pocket after the last auction.

O2 shelled out 550 million for blocks in the 800MHz band, but must ensure it covers 98 per cent of the population with its holding.

Three bought two blocks in the 2.6GHz band for 225 million while BT bid 186 million for three 2.6GHZ blocks to cover its commitment to provide mobile broadband across parts of the UK.

The auction netted less than the 3.5 billion predicted by the Office for Budget Responsibility and far less than the 22 billion the government received following the 3G auction in 2000.

Ed Richards, Ofcom chief executive, told the BBC Today programme the amount was lower because "we are in very, very different times".

"What we were trying to do was ensure that a valuable economic resource was brought into productive commercial use," said Richards.

Ofcom said, despite the low bids, 4G would provide 20 billion of economic benefit to the UK as a whole over the next 10 years.

"This will allow 4G networks to achieve widespread coverage as well as offer capacity to cope with significant demand in urban centres," said Richards.

"4G coverage will extend far beyond that of existing 3G services, covering 98 per cent of the UK population indoors - and even more when outdoors - which is good news for parts of the country currently underserved by mobile broadband".

Analysts said, while the figures were bad for the government, the outcome was good news for operators.

"For the mobile operators there must be widespread relief that the amount paid is a mere fraction of the 22.5 billion they were asked to cough up during the 3G licencing process," said Matthew Howett, telecoms regulation analyst at Ovum.

"For them, the fact they didn't have to pay billions more is without doubt a positive thing. The costs of rolling out a network are significant. It could be argued that the relatively poor 3G coverage we have seen in the UK up until now is at least partially a result of operators being left out of pocket after the last auction that they had very little to actually spend on building the network."

Despite its head start over rivals in the 4G race, mobile operator EE managed to make a loss before tax of 249 million in 2012, more than double its 113 million in 2011.

The firm did not detail how many of its new customers have transitioned to a 4G contract but did say that around a third of its customers had upgraded to 4G.