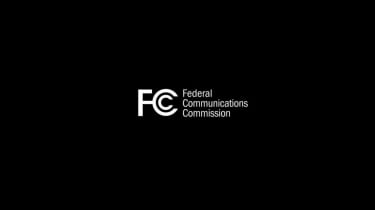 A US regulator guaranteed the future of net neutrality yesterday, approving rules to govern the internet like a public utility following years of fierce debate.

The Federal Communications Commission (FCC) voted three to two to adopt rules that ensure a free and open internet for all, quashing telco hopes of creating internet fast lanes' where some web content can be accessed faster for a fee.

FCC chairman and former telecoms industry lobbyist Tom Wheeler said: "The American people reasonably expect and deserve an internet that is fast, fair, and open. Today they get what they deserve: strong, enforceable rules that will ensure the Internet remains open, now and in the future.

The new rules will ban any fast lanes', which the FCC claimed would divide the country into haves' and have-nots' depending on their ability to pay for faster access.

Blocking legal content would also be banned, a concern raised by internet activists who believed telcos would prevent access to rival services.

Also illegal under the new legislation is any move to slow down or degrade access to any legal content on the web.

The FCC heard from such luminaries as World Wide Web inventor Sir Tim Berners-Lee, who told the court in a video link that guaranteeing an open internet would protect innovation and free speech.

President Barack Obama praised the decision in a statement last night after issuing guidance last year about how he'd like the internet to be regulated.

He said: "I ran for office because I believed that nothing can stand in the way of millions of voices calling for change.

"That's the backbone of our democracy and you've proven that this timeless principle is alive and well in our digital age."

However, broadband providers reacted bitterly to the news, with the National Cable and Telecommunications Association claiming the rules would raise broadband costs and reduce infrastructure investment.

The association said telcos would be forced to spend more on meeting the new rules and regulations, leaving them with less money to invest in new coverage or services.

Meanwhile Verizon released a statement on the ruling in typewriter font, saying the decision "imposes 1930s rules on the internet".

However, the FCC has so far declined to publish a full copy of the new rules, partly because it says it must respond to Republican dissent first.

Providers like Verizon and AT&T are likely to issue legal challenges against the ruling.